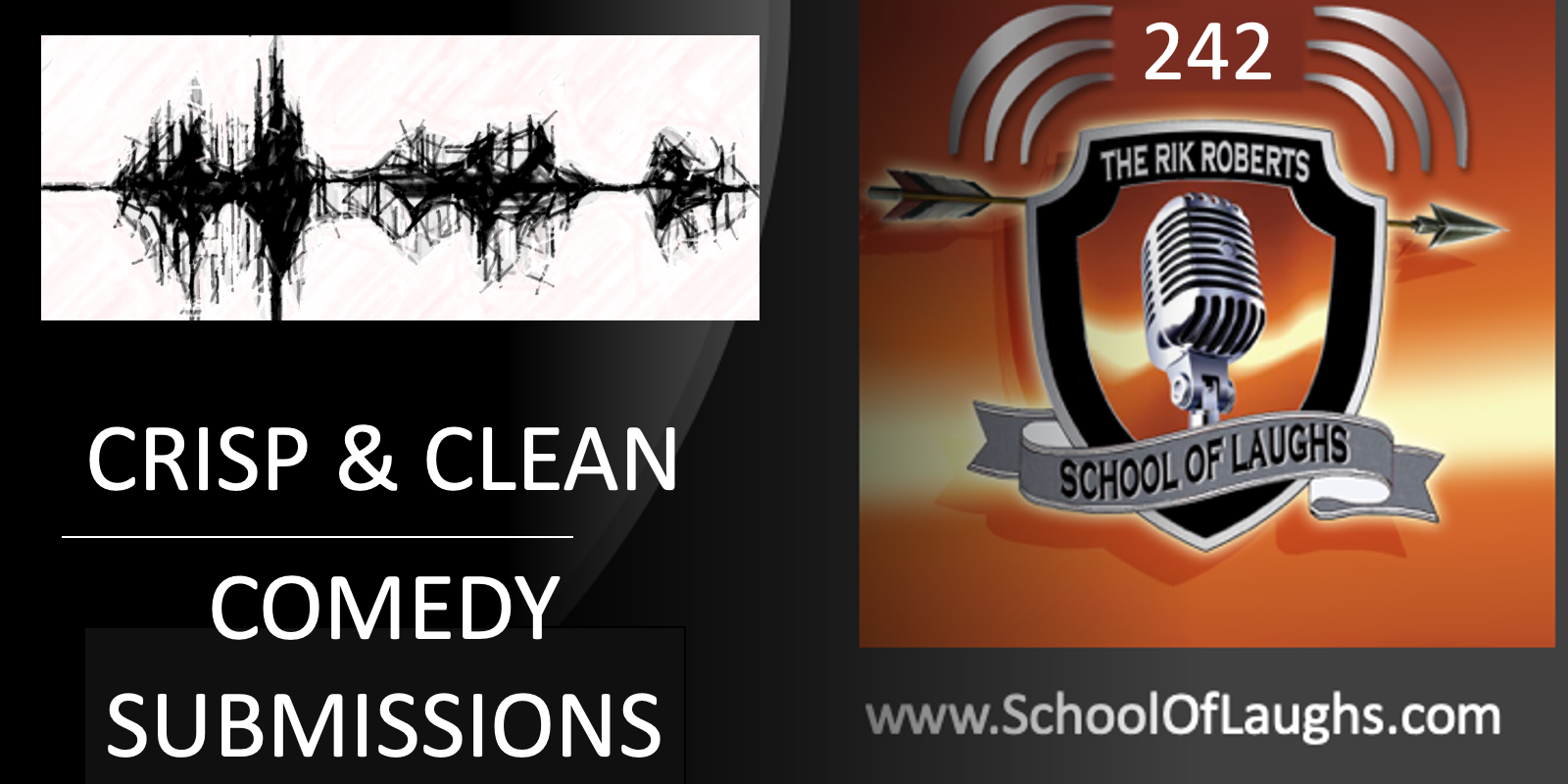 Welcome to the competition episode. This showcase of clean comedy was open to all comedians. Whether you are brand new, full-time, or fooling yourself. The clips range from stand-up, musical comedy to comedy without an audience delivered straight to the microphone. All clips submitted, as long as they were clean and clearly understandable, made it into the episode.

The clips are sixty seconds or less. After listening to the episode, you can participate in the voting!

The 3 overall favorite submissions will get a replay on an upcoming episode. If possible, a brief interview with the comic behind the joke will be part of the show.

VOTING ENDS July 1st. Results to appear on a July episode of the podcast.

Also, the top 3 will receive:

All of these details are on the SchoofLlaughs.com show notes page for this episode.

Vote for your favorite clip from the episode by choosing an entry from the list above! E-mail the name of the joke or the performer in the subject line to SchoolOfLaughs@gmail.com .