How do I Get Booked at a Comedy Club? 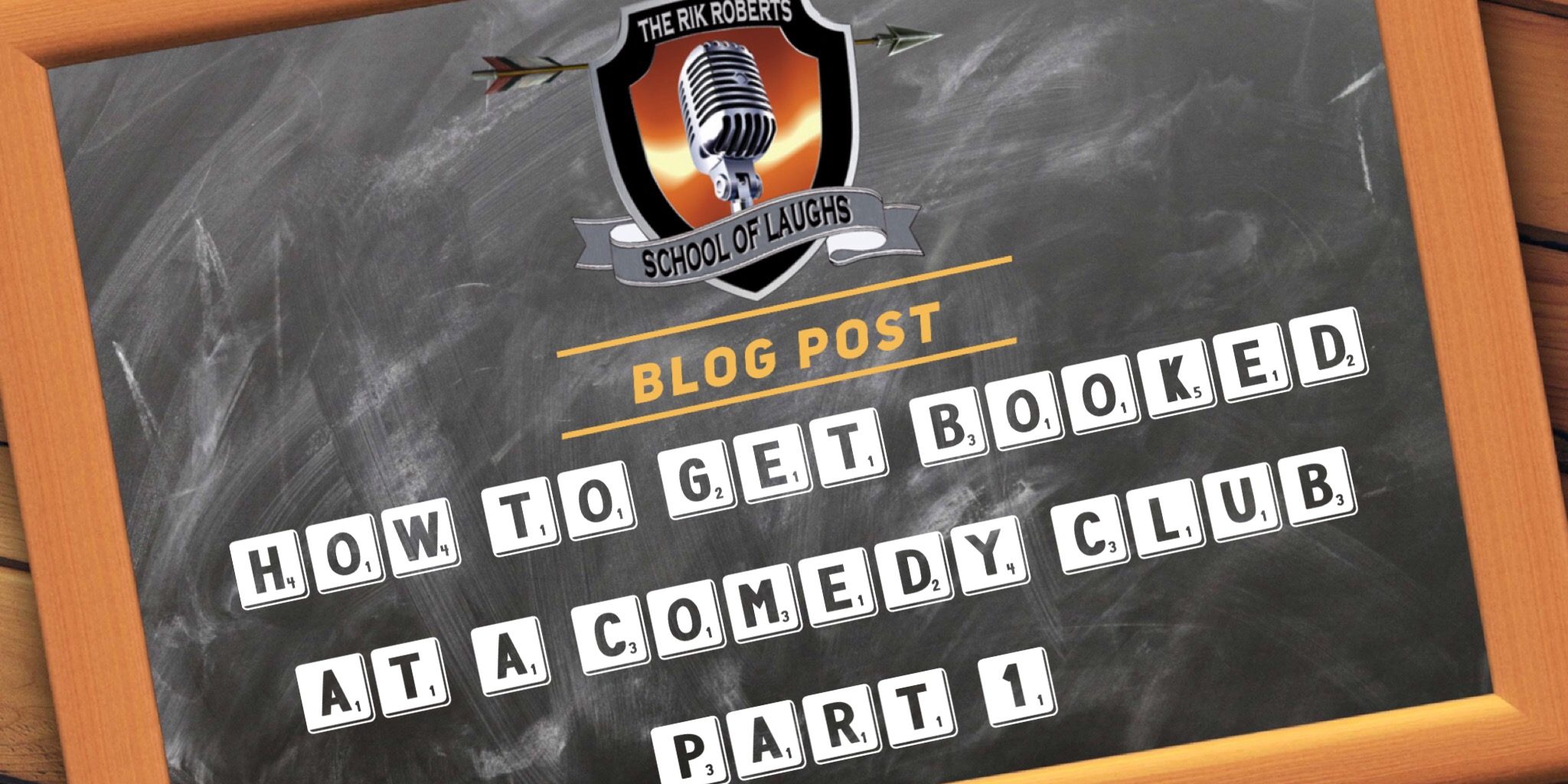 by Rik Roberts | School OF Laughs

Performing comedy for the sheer fun of it is great. Bringing laughter to any group is a noble cause. But after awhile, if you have an act that is dependable, consistent and marketable – it’s time to make a dime.

The first step is an honest reality check to see where you are with your comedy. This week we will take a look at getting work in comedy clubs. Ask yourself the following questions to see if you are in position to start charging for your services:

Is there a market for my comedy?

By this, I mean, are you offering something unique and fresh to the marketplace? Be honest. What do you bring to the table that helps you stand out among your peers? Are you incredibly gifted with making a connection with the audience? Are you exceptional at writing customized material for each group? Are you simply flat-out the funniest person everywhere you go and every time you get onstage? If you answered yes, then you are most likely marketable to the niche that suits you best.

How many minutes of polished, solid material do I have?

This is another question you have to answer honestly. To start getting paid in clubs you really should have twice the amount of material as required by the position. At first you will be an emcee. Generally speaking, your sets will be from 10-15 minutes long.

Do you have a dependable 20-30 minutes of polished material (not including crowd work) in your arsenal? If so, you may be ready for paid club work.

Why do I suggest twice as much time as the spot requires? Some crowds are “tighter” than others. They are stingy with their laughs. You will need more jokes. Every veteran comedian can tell you about a night where they did an hour of material in thirty minutes. Trust me on that one.

Am I funnier and more professional than comics who are working in the venues where I want to perform?

Most clubs have a boatload of comics they can pick from to perform in the opening spot. Many of them are performing for free or for drinks and a sandwich. The laws of supply and demand tilt in the favor of club bookers. To get on that stage and get paid you have to bring something above and beyond the performers in their stable.

It may be that you bring paying customers. It might be that you make things so smooth for them that the managers are free of hassle while you are at the club. And it may be that you are truly the funniest person to ever hit their stage. Whatever the case, in order for you to get under the lights, you’ll have to knock someone off that stage.

Comedy clubs are pretty democratic when it comes to getting work. Your first step is to appear at their open mic night. Even though the night is designed for comics to try out material, you will want to bring your “A” game and best material during your first appearance. Remember, you need to show them you are funnier than someone they are already paying. So nail it.

If all goes well, you’ll be invited to the next open mic and you’ll want to crush it again. And again. And again. This means honing your material at other venues (bars, restaurants and coffee houses who have comedy open mics) before heading back to the club. Yes it’s a club open mic, but it’s a club you are trying to get work at. So constantly bring in great material.

After a few (or a dozen) open mic spots, the manager of the club should notice that you are consistently delivering great comedy. Hopefully, you are also being professional, timely, and genuinely adding something to the night instead of just taking stage time.

If so, the manager might offer you a “guest spot” or a “showcase” spot on a night where there is a regular three-act (emcee, feature, headliner) show. This typically means you’ll be appearing after the emcee and before a feature act.

The length of the guest spot will vary but is most often 5-7 minutes. You won’t be “paid” for this showcase spot. This is basically an audition to see if you can blend into a show with professionals. So, your material needs to be on par or better than the emcee.

All that hard work is about to pay off. You want to make sure you absolutely show up and shine. If that showcase spot goes well, you may be asked back to do a couple more. Or, you may be offered and emcee spot on an individual night, or for an entire week. The club manager may ease you into it by having you emcee the open mic night. There is no specific, or exact way it works.

In short, it’s just like sports. You have to do all the little things right when you practice so you shine when the coach calls your number. You need to compete at the same level as your fellow performers. You don’t see junior high kids lining up in the NFL. They would be totally destroyed. In comedy, a few months of doing bar open mics doesn’t mean you are ready for turning pro. It means you play the same game, but at an entirely different (and beginners) level.

Don’t let that discourage you. The beauty of comedy is ANYONE can develop material if they are truly committed, and practice often.

When I started out in Columbus, OH I traveled to Akron, Cleveland, Cincinnati, Dayton, and Youngstown. The drives were between one and three hours each way, but I considered them as a local club. So, you will need to decide your level of commitment as far as what is truly “out of town.” For me, that meant “out of state.”

To get in at those clubs, I had to try a few different approaches. But the primary goal was to get a “showcase” set at the desired club in front of the person in charge of booking openers.

First, I would try to make a connection to the club through a comedian I had met or worked with in my local club.

For example, lets say I got to emcee at my home club for a headlining comic from Indianapolis. If my week went well, and I became friends with that headliner, I would ask them what their home club was. Then I would ask what the process is at that club for out-of-towners to showcase there.

If the headliner responds, “It’s virtually impossible to get stage time at my home club,” that is code for, “you aren’t ready for that club yet.”

If they reply with specifics, you better jot down the info and act on it while your name still resonates with that headliner. In a few weeks it is highly likely that they won’t be able to put a name with your face. It’s just the nature of the business.

If you can’t get info from a headliner about the out of town club, the next approach would be to network with other comics from that club. Middle or feature acts are a little closer to the newbie process and should have some insight on how to break through and get a showcase.

If you don’t have a connection to anyone in that out of town club, it can be pretty hard to get in. You might consider reaching out to other local comics who have a connection there, or you can try the cold call to the box office and see what the process is.

You may get lucky and get a contact number and a time to call back. More often than not, you’ll get an empty answer and no info.

Sound hard? It is.

The overall message here is to be constantly building your network of fellow comics. Offer help to them in any way possible. They will reciprocate. Make notes and keep track of who works where, and what each club’s process is for lining up showcases for new comics. Be purposeful (not overbearing or irritating) in your efforts to connect with that person in charge at each club.

If all else fails, be ready to hit the road and work through the open mic process at your desired club. Get to know the staff, manager and other comics there. If you are ready (see part one), you should be offered a chance to showcase and eventually work.