How Long Does It Take To Become A Comedian? 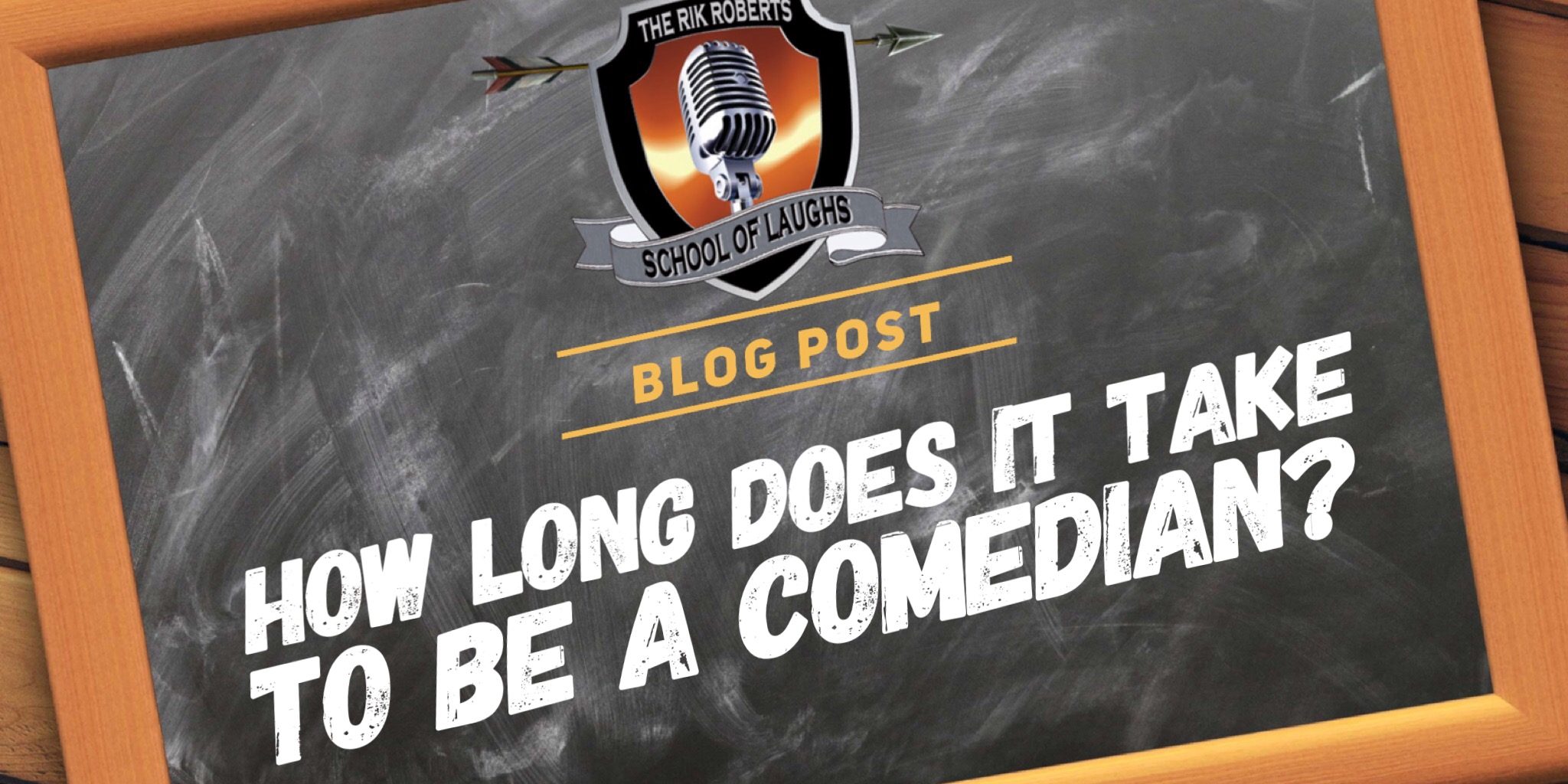 It is extremely exciting to get on stage your first time. Your nerves are rattling. Your senses heighten. The unknown lies ahead.

You take the mic … and hear the laughs. The wonderful laughs of a room full of strangers agreeing with what you find funny. It feels validating. Even more, it’s addicting. You can’t wait to get up again. And again. And … again. And another time …

After months of trial and error the shows get stronger. You decide you want to quit your job and give it a go. But how long does it take to become a comedian?

Let’s slow down for a second. Becoming a full time stand-up comedian takes longer than you might think. Let’s first discuss how things usually work when you start a new career.

The First Month On The Job

At any job I had before stand-up, it usually took about a month to get comfortable. At that point I certainly didn’t know everything. But I knew where most things were. How some of my fellow employees went about their business. And what my job duties were.

Let’s pretend you are going after a new job as a salesman. You apply, get accepted and begin training under a helpful manager named Nicholas.

After a month or so, you begin to understand the expectations. You know what it takes to do the job. You might even begin to feel comfortable enough to experiment. You might even try different approaches and put your own spin on it. Your confidence improves.

So, after four weeks you feel good about calling yourself a salesman. Even though you realize there is still a lot to learn, you can get the job done.

Those first four weeks at a typical job would be forty hours each, totaling one hundred and sixty hours.

Stand-Up comedy is much the same. But there is a scary difference. An undeniable truth you will need to understand.

Success at stand-up comedy comes on a much slower schedule.

At the beginning of your comedy pursuit, you will discover stage time is very limited. There dozens of other people attempting to get on stage at every open mic. If you are one of the lucky ones to get a pot, you may be only given three to seven minutes to tell your jokes.

Let’s say you live in a small to medium sized town. I’ll generously assume you can get on stage four times a week for five minutes a set. That’s a whopping twenty minutes of stage time or “work time.” It’s going to take a while to even reach your first full day (eight hours) at this new job. Twenty-four weeks as a matter of fact.

At your sales job, you have a clear outline of expectations. And you have Nicholas overseeing your work. He’s responsible for getting you started the right direction. In your pursuit of a stand up comedy career, you will be flying solo from the start. You have no experienced leader whose job security rests on making sure you succeed. No Nicholas checking your work and advising on how to become better and more skilled.

Nonetheless, you keep showing up. You begin to get the hang of it. You even get the attention of an occasional club booker or fellow comedian. You feel like this is something you should definitely pursue.

Great. You need to have that enthusiasm and desire. Because knocking out your “first week” of stand-up will take awhile. At twenty minutes of stage time a week, it will take one hundred and twenty weeks to accumulate forty hours. That is over two years to get the “first week on the job” experience.

So far, we are only addressing the time on the microphone. You will spend a good deal of time writing off stage to prepare material.  You could factor a few of those hours into the equation.

Those are pretty intimidating numbers. Lucky for us, that statement is not 100% accurate.

The truth is, you will get offered more time onstage as you get better at the craft. Even after just a few months of decent quality comedy you might get ten or fifteen minute spots at some open mics. Within a year (if you are really hustling) you could even get some local paid work. Best case scenario, you might perform ten or fifteen minute sets as an emcee at decent club. That can be as many as eight shows a week.

That is two “work” hours a week. At that pace, you’ll be on stage one hundred and four hours a year if you worked every week of the year. Which, in year two … isn’t as likely as it seems.

But, the workweeks can come a little faster than in our opening example.

The point being, you will need to get onstage a lot. Show up early and stay late. Ask for help when you need it. Try new opportunities when they present themselves. Do everything you would do at a “regular” job to reach that first month at work.

You will most likely be squeezing this comedy career on top of your day job, college classes or whatever.

Yes, you will have to juggle the late nights attempting to become stand-up with the early mornings of the nine-to-five job. You will have to spend time away from friends and family. Your relaxing weekends disappear as you hit the road to pursue a dream.

Pursuing comedy as a career is achievable. Certainly. But it requires a LOT of work. If you focus, learn about the craft as much as you can, and take every opportunity that presents itself you can get there on schedule. Just realize that schedule is measured in years and stage time.

What if after all that time you don’t see any progress at all? Zip, nada, nothing? Well, you still have your sales job. And at least you can tell your supervisor Nicholas about all the fun you had giving it a go.

Cool. You may enjoy these podcast interviews. Each is with a former School of Laughs student who have now gone full time into stand-up.