Are you Being Yourself On Stage? 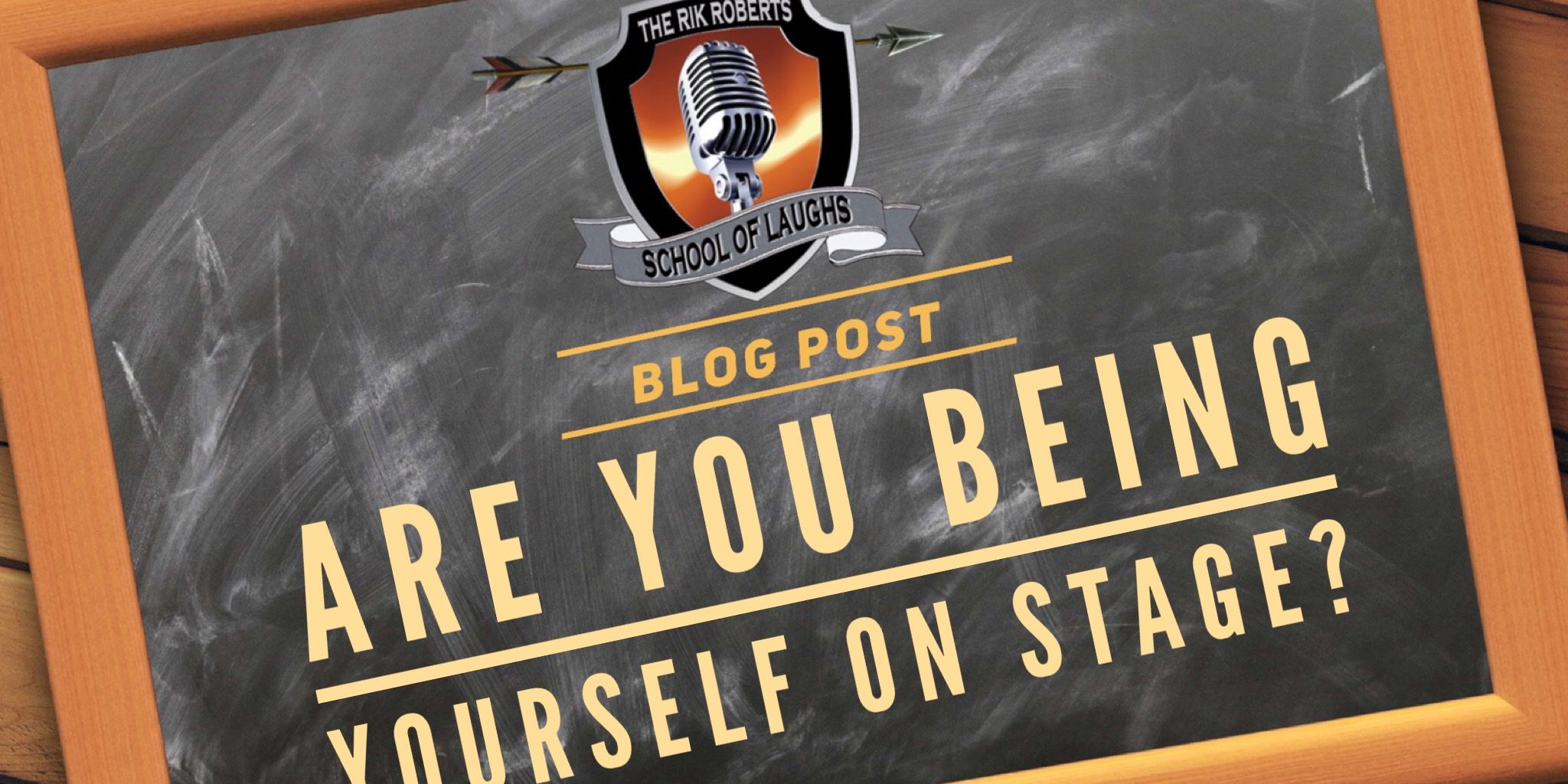 It’s funny looking back at when I first started. I thought I knew exactly who I wanted to be on stage. From recent discussions, it turns out many other comics felt the same way. They thought they knew what style they wanted to have on stage, what type of material they would get into, etc.,  Everyone I talked with was off the mark.

We were all inspired to do comedy by someone else. Maybe you were inspired by your favorite comic who thinks the way you think and who says the things you wish you could say. Maybe you identify with them and think that you should do comedy in the same way.

But that would not really be you. It would be a loose impression of another comedian. Ultimately, you want to be original, unique and authentic.

As much as I wanted to be Steve Martin when I first started, it just wasn’t going to happen. I remember using small props onstage, trying to be obscure, playing goofy songs and acting a little “above it all” like he did. Guess what? Crickets. There were jokes there. There was energy. But it wasn’t me.

I could feel that the audience sensed that I was “trying” instead of “doing.” Pretending instead of portraying. A quick comment by a fellow comedian one night made me change my mindset. “Are you being yourself on stage?” he asked. “If not, it’s always going to come off fake and empty.”

TAKE THE TIME TO GET TO KNOW YOURSELF

So I backed off and just wrote. I wrote about things I had done. I wrote jokes about what I was going through and I speculated on what may be ahead. I got in touch with what was in my head and my heart. Eventually, I let that guy out onstage. Instead of trying to be something else, I was just being who I was. You need to ask this question constantly: Are you being yourself on stage?

It wasn’t easy. It took awhile to accept that some of the things the audience really responded to were the jokes that I was most afraid to tell. They were a little too honest or personal (or so I thought.) It was a little uncomfortable at first.

“We have to dare to be ourselves, however frightening or strange that self may prove to be.” ― May Sarton

Turns out, everything up to that point was just practice. I was getting better at writing and telling jokes. I was getting experience being in front of crowds. But up until that point, it was all just developing the comedy muscles.

Everything after that point has enabled me to really connect on a level with the audience that was missing before. The laughs are better, bigger and more authentic.

WHERE DO YOU START?

So, what is the difference between who you are trying to be onstage and who you really are? Sit with that thought for a minute.

Ask yourself these questions:

It is great to be inspired by someone else. There may have been no Mitch Hedberg if there wasn’t a Steven Wright. But they were more different than the same. It is a fun exercise to perform your material in the framework of another performer. But it should just be an exercise.

Bottom line, there is only one YOU. Trust that your perspectives, insights, thoughts and style are good enough. As you get better at writing jokes and telling them onstage you will hear the laughs you are meant to hear. These will be YOUR laughs – not your impression of a comic or style that influenced you.

Allow yourself time to get better. Don’t just try this once and run back to the shelter of a borrowed persona. That is rented territory. Own your own place. Own who you are. Put yourself into your material.

Here are a few ideas to get you started writing material about who you really are. Don’t just respond with a one-word answer. Get out a piece of paper and interview yourself.

We could go on and on, but let’s keep this manageable.

Answer one question a day. Take that answer and boil it down into one premise, “My biggest fear is …” Take a step back and defuse that fear with humor. What would be the worst-case scenario if that fear were realized? What benefits would it yield? How would your life change for the better in a way you didn’t think about before answering the question? Those are the things you should be talking about on stage.

CONNECT BEYOND THE LAUGHTER

Those insights are what create a level of connection between you and the audience that the other comics don’t have. Will it be easy? Probably not. Will it be rewarding? Absolutely. Take chances with your comedy. The best fruit is way out there on the limb. Taste it, share it and create a hunger for more.

Who knows, maybe you will be onstage one day and some aspiring comedian will identify with you. Maybe they believe they think just like you. Perhaps the wish they could say what you are saying. They may want to perform like you, and think your style is perfect for them. It won’t be, but maybe, just maybe, they will learn a lot through your example on their way to becoming the comedian they are meant to be.

Life’s a journey, enjoy the comedy.

If you feel your writing is holding you back, please consider enrolling in the online writing class. Overcoming slow starts and getting stage time won’t help one bit if you aren’t creating solid material. For more info on that click here.