How to Write a Joke … Step One 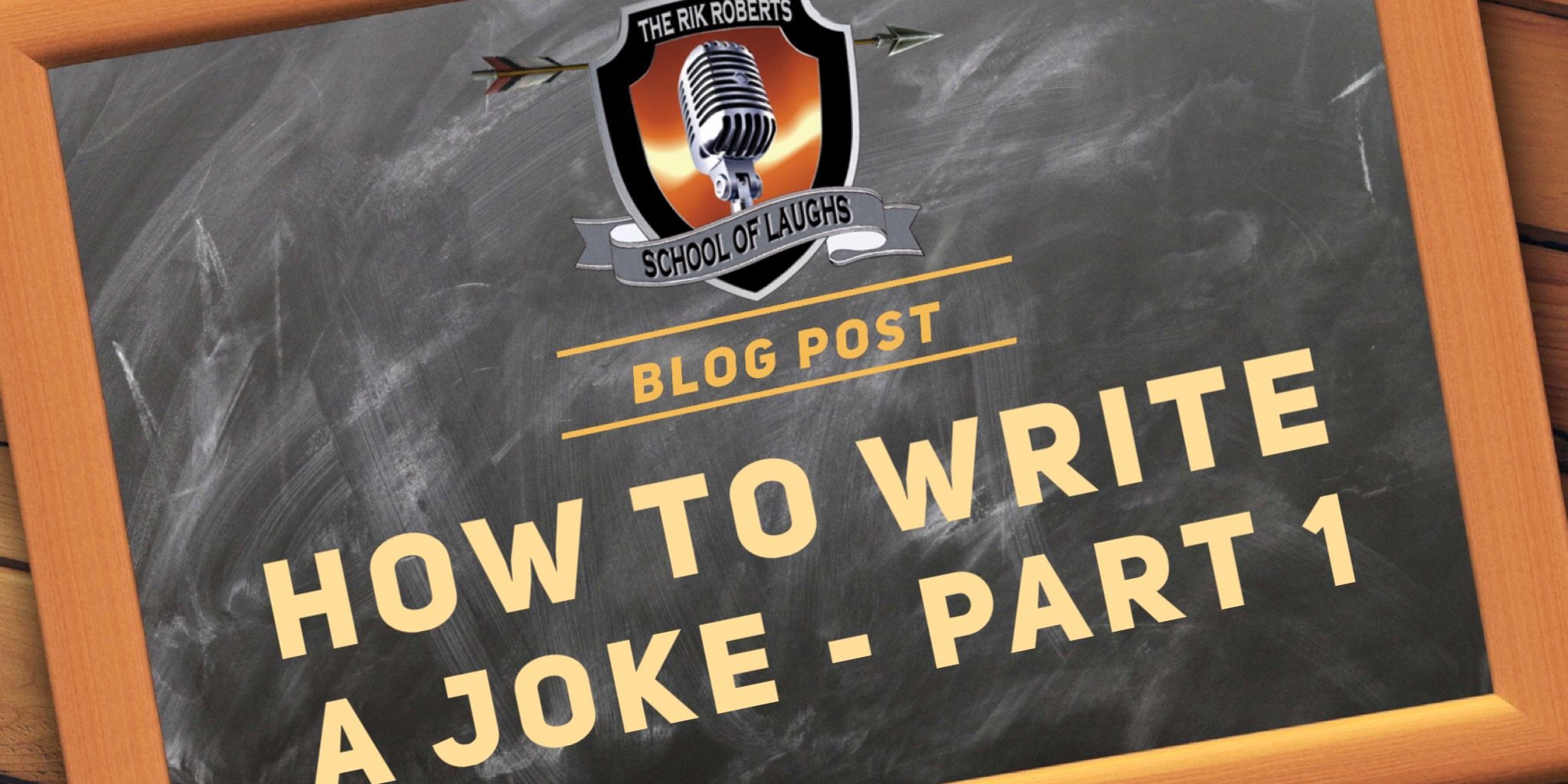 The most overlooked element of a joke is the premise. Way too often comics are in a hurry to get to the punch line and don’t spend enough time creating a great starting point.

I believe there are FOUR key qualifiers to creating a great premise. Look at your jokes and see if they contain at least ONE of these elements.

At the very least a premise should,

Keep it to one thought or idea at a time. Often a comic will present a jumbled statement with multiple ideas and it creates confusion for the audience.

Say this, “I love being a married man.”

Not this, “Being married is good. I mean for guys its good. Not sure if it’s the same for ladies. But I like being married.”

Not this, “Wal-Mart is horrible when it comes to customer service. Just awful. And they sell cheap stuff. I hate shopping there.”

If the premise isn’t interesting you’ve already lost. Even if you are introducing a common topic, present the idea in a new and more interesting way.

Say this, “I miss President Clinton.”

Not this, “President Clinton did have a couple of good ideas.”

Not this, “I’m pretty broke and don’t have much money.”

By making a bold or challenging statement, you “get a rise” out of your audience. The tension you create will be released when you deliver the punch line. At the core of all great comedy is tension and release.

Say this, “Vegetarians are ridiculous.”

Not this, “I don’t agree with vegetarians and their choices although I respect them.”

Say this, “I hate baseball.”

Not this, “Baseball is boring.”

If the path isn’t clear, it’s hard to surprise them with misdirection.

Say this, “Global warming is an absolute hoax.”

Not this, “Global warming is a myth, a definite trick by scientist to get funded for studies that are self serving and I don’t think it’s true at all.”

Say this, “From the beginning my ex-wife knew she was in a strange relationship.”

Not this, “My ex-wife, from Indiana, knew she was marrying into a potentially weird situation, even before we moved to Texas. I believe she knew from the get-go.”

A premise should do at least one of the following:

A great premise may do all four!

I hope that clears it up a little and gives you something to focus on this week. For more useful comedy writing tips and discussion please subscribe to the School Of Laughs podcast on iTunes!