Have you ever had a few joke ideas collecting dust in your notebook? Former student and YouTube star Kate Spellman and Gavin Miller join me at the writing table to pitch a couple of joke ideas that need to see daylight. We all offer up two potential premises and decide on one each. Then we brainstorm on one comedy premise each and try to:

The idea here is to get concepts out of your notebook and see if someone else can find an angle (or ten) you weren’t thinking about. We don’t get locked into perfecting the joke. In fact, we focus solely on the comedy premise today. We simply explore as many angles as possible and will work on punch lines later.

One tip: Avoid editing or saying NO to ideas right away. Allow your brain to explore the possibilities of every suggestion. The analytical half of your brain will destroy the creative process if you let it intrude. You can go back at a later time by yourself and decide on what to throw out and what to keep.

Each of us will get a rough version of our joke ready to perform (and record) before we meet up again.

This is a fun episode and you get to play along if you like. If you have any ideas for Gavin’s joke you can send them to him at @GavinMiller42 on Twitter.

And, if you have any ideas for me send them to SchoolOfLaughs@Gmail.Com.

Of course, the best thing for you to do would be to call up two buddies and run a writer’s table for your jokes. Take advantage of the power of brainstorming. You can get 3x a better joke with the help of a couple creative people. And don’t limit yourself to just other comics. ANYONE could offer up a gem of an idea regardless of their background.

If you like this episode you may also want to  listen to: 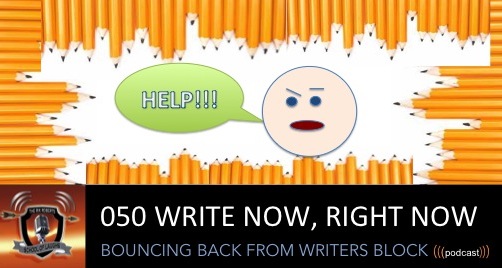 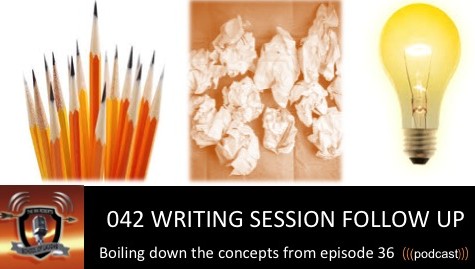 If you think you might need some help writing jokes, editing your premise and creating punchlines thick with techniques, consider taking the online stand-up comedy writing course offered by the School Of Laughs. Use the coupon code below for 20% off. Click the pic to learn more.