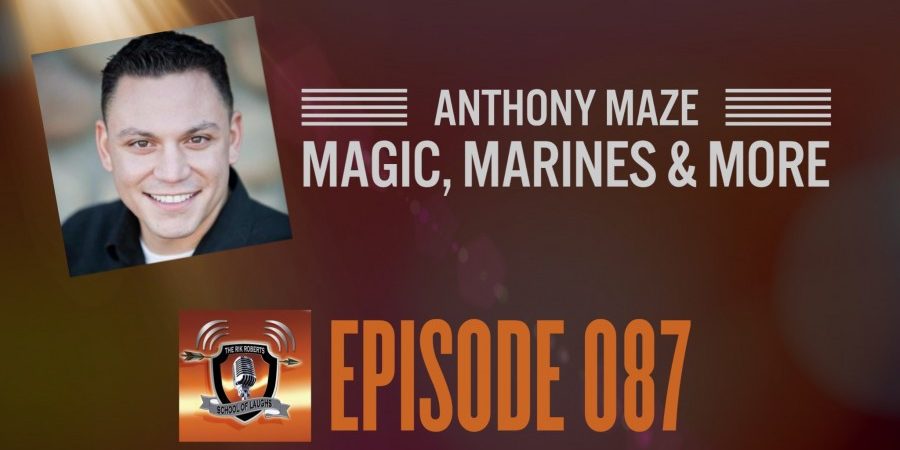 Have you performed for birthday parties, marines, comedy club audiences and judges for America’s Got Talent? Have you ever swallowed a balloon (well, not during a border crossing)? Our guest today has, too!

I talk with Anthony Maze about his magic/comedy combo performances and the opportunities he has taken advantage of lately. Based in San Diego, Anthony joins me by SKYPE in the first of many to come interviews beyond the walls of the School Of Laughs.

I first connected with Anthony when he enrolled in my online comedy writing class. Once he was on my radar, I was impressed with the many avenues he’s taken and venues where he has performed.

We covered a lot of ground, including:

To learn more about Anthony you can check him out on: