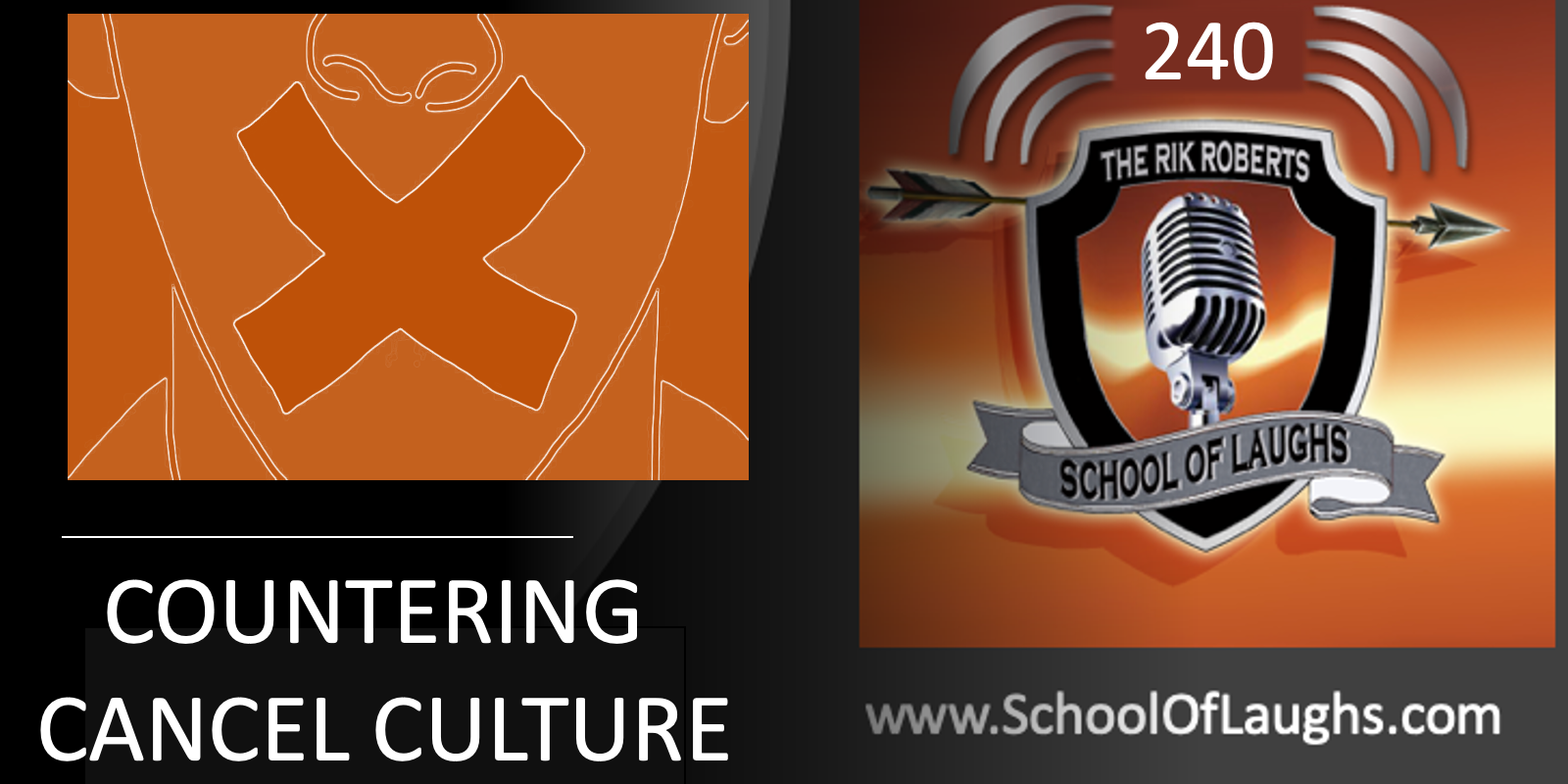 “Cancel Culture” is a term that has become more prevalent. In the world of comedy, it’s one step further down the path of political correctness. Today we talk about what it is, how it affects comedy, and what comedians can do to neutralize its invasion of our art form.

Webster defines cancel culture as “a way of behaving in society or group, especially on social media, in which it is common to completely reject and stop supporting someone because they have said or done something that offends you.”

Standup comedy is an art form with its primary focus on generating laughs, but it has evolved over time into an art form that can also be used to address social issues, advance one’s agenda, or potentially lead others to change their thought or alter their beliefs.

We tackle this evolutionary overlap in today’s episode.

Also, don’t forget to enter an audio clip in the Crisp and Clean Comedy Competition! This showcase of clean comedy is open to all comedians. Whether you are brand new, full-time, or fooling yourself.

Here’s how it will work.

The clip can be stand-up, sketch, musical comedy – as long as it is clean and clearly understandable.

Send your TV CLEAN audio clip, 60 seconds or less to SchoolofLaughs@gmail.com before May 21st.

In your email make sure you put:

I’ll do a quick listen for clarity and audio quality.

All clean clips, with good laughs and quality audio, will appear together in an upcoming episode of the podcast. So, it’s important I have your name and joke name to introduce the comedy clip.

The 3 overall favorite submissions will get a replay on an upcoming episode as well as a brief interview with the comic behind the joke.

Also, the top 3 will receive:

So, when you have your Crisp and Clean Comedy Competition clip ready:

All entrants will be notified prior to the initial episode that they have made the “cut”. I guarantee I will listen to all the clips but cannot guarantee that they will all make the cut. So, do your best to make it funny, clean, and under a minute.

All of these details are on the SchooOflaughs.com show notes page for this episode.

Good luck and I can’t wait to hear from you.