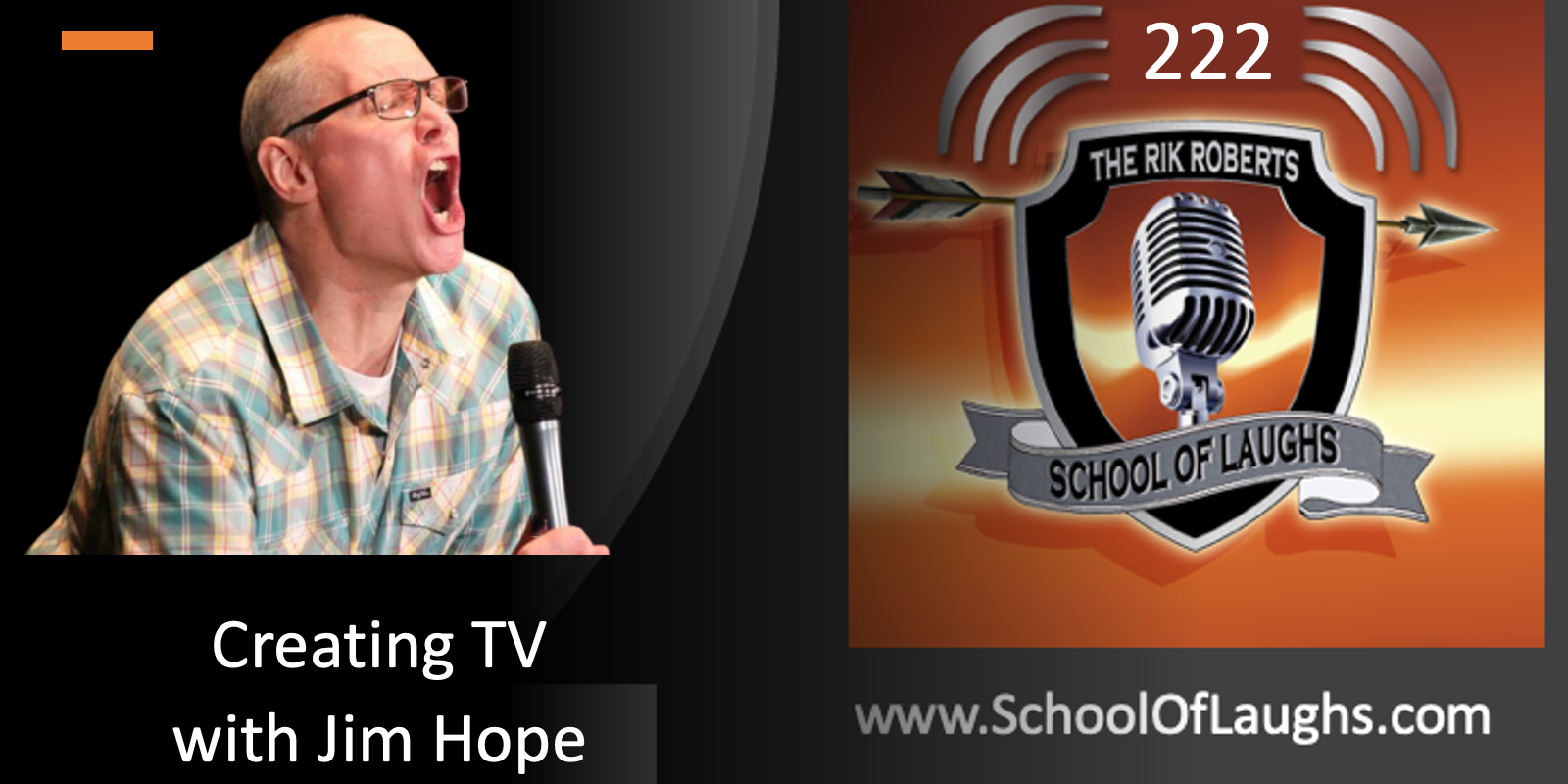 Today we are talking about creating a tv show with my friend Jim Hope. He’s a whiz who writes, performs, and produces comedy. I first met Jim when I performed on the Henry Cho Show on Great American Country (GAC Cable TV). He was a co-writer and producer and I could tell a smart guy. I caught him again a few years later performing on the showcase for the Christian Comedy Association in Los Angeles. And then one morning I was watching the Disney Channel with my kids and his name popped up as the co-executive producer for “Dog with a Blog.”

I reached out to Jim in the early phase of the COVID-19 crisis because I figured it might be the only time I could reign in the busy man. And we all benefit from the conversation. Jim gives us a lot to think about.

Jim Hope headlines comedy clubs and colleges across the country and has made over 60 television appearances, performing on NBC, ABC, Fox, Comedy Central, and A&E. Additionally, he has been a frequent contributor to KABC-Talk Radio in Los Angeles and was the Comedy Field Correspondent on NBC’s “Later”. Jim is also an accomplished TV writer and producer, excelling in that capacity for NBC’s  comic shows “Later,” Fox’s “Titus,” and ABC’s comedy “George Lopez.”

“Don’t worry about outcomes, about what happens, about the end. Don’t worry about whether or not they love you or they hate you. Or if you’re going to get a great big showcase out of a set. Don’t worry about that. Just do the thing that you’re doing, while you’re doing it. Because you can’t control outcomes. You can only control the process. Be “in” the moment. You can’t even control the whole process. If you’re thinking about three minutes from now, you’re not thinking about now and so you have to be now it really is about being present.

This podcast is a production of the Rik Roberts School of Laughs. (C)(P) 2020 All rights reserved. Learn more at www.SchoolofLauhgs.com.

Thanks to our Patreon sponsor for this episode Bo Shuster. Learn how you can support the podcast HERE.

Thanks to Drew Jordan and Brian Gendron for having me on their podcast “Breaking Down Bits”. You can watch here.