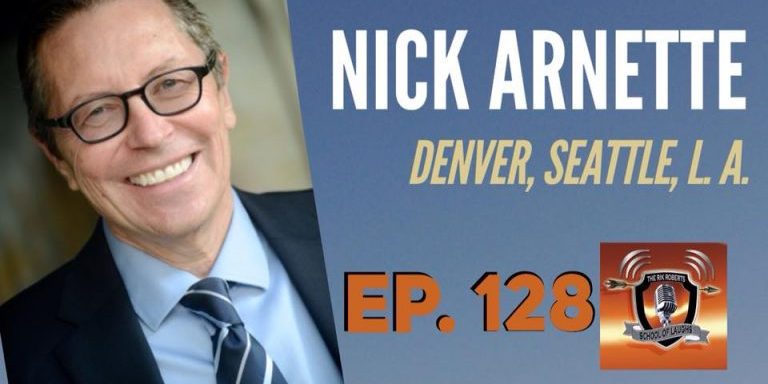 Today I sit down with comedian and keynote speaker Nick Arnette. Nick has lived and performed comedy in Denver Seattle and L.A.  I met Nick, however,  this summer in Des Moines, IA while doing a Speakers Bureau Showcase. Nick had a great set and I wanted to make sure to follow up and get his story soon after the showcase. I am glad I did.

We covered a lot of ground including,

Find out more about Nick Arnette by visiting any of his online outposts: