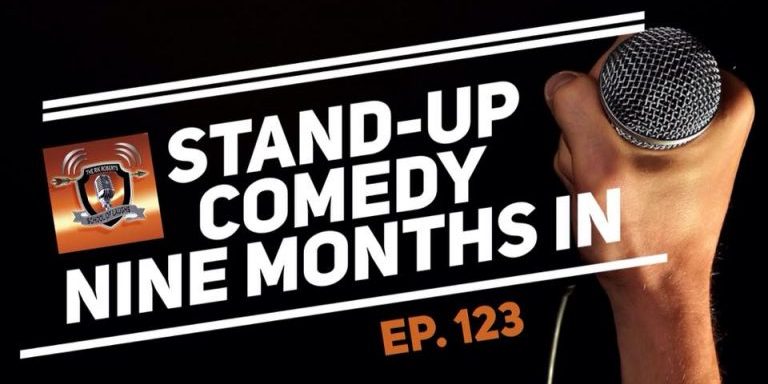 Today I am joined by one of my students “Straussie”. Straussie took the Stand-Up Comedy Level One: Writing class back in February. Then he followed through with the Level Two: Performance Class and the Business of Comedy Class. I could tell right away this guy doesn’t mess around. He is serious about things and is now nine months into stand-up comedy.

We talk a little about his growing up in Australia and his move ten years or so ago to America to pursue the music business. He is still part of that industry as a production manager for a country music artist. That job has served him well as he has made many connections with folks who are gifted in a variety of skills that compliment his development as a comedian.

We talk about the ups and downs and challenges of getting yourself started in the world of stand-up comedy. Specifically, we talk about:

Questions? Email me (Rik) at SchoolOfLaughs@gmail.com. Or call 1-888-895-8549. Or. if you are ready, head on over to www.Patreon.com/SchoolOfLaughs to get started.