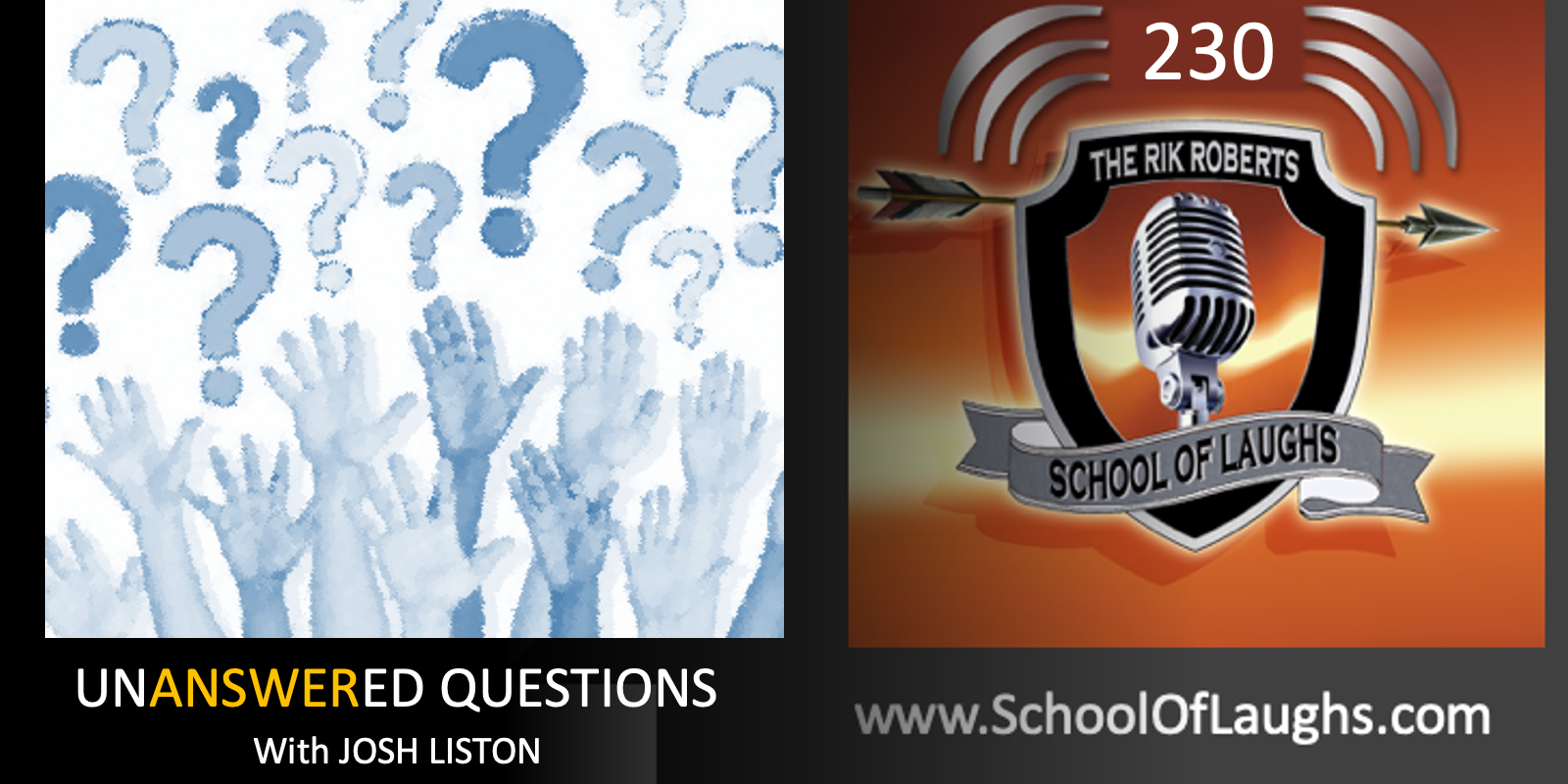 Today I answer questions about comedy as I am interviewed by Josh Liston, host of Tips of the Slung and Punching Sideways podcasts. Josh is an avid listener of the School of Laughs podcast and noticed I left a few topics uncovered. He noted that occasionally I will say, “one day I should do a whole episode on that topic”. But … sometimes I never do. So, he made some notes and asks me to resolve those unanswered questions.

If Josh’s voice sounds familiar, he was featured on Episode 216 “How Coivd Affects Comedy Across the Globe“. In that show, I talked with folks in seven countries to find out what the lockdowns had done to their comedy scene.

So what questions about comedy do I finally answer?

What is the difference between skill and passion? We get into the difference between what you are interested in and passionate about and what you have the ability to actually do. I am passionate about basketball but my skill set is designed for landscaping! Maybe you love comedy but you aren’t necessarily comfortable on stage. We talk about the role a teacher can play in closing the gap between what you want to do and what you are able to do.

What goes into a comedy rider? Ah, the comedy rider. Green M & M’s only, please! We make the distinctions between the contract and the rider and the technical rider. While some things may overlap, the contract involves the MUST-HAVES and the rider may include NICE TO HAVE items such as Dom Perignon and Sushi.

What is the difference between sarcasm and comedy? To me, jokes have core structural necessities. And if you don’t have these things your material is 50-50 at best as far as getting a response. A comic who performs with only sarcasm and not the structure is bound to fail. However, if you add sarcasm on top of a well-crafted joke, it can be like putting gravy on a cake. Extra thick and rich!

How do you identify your weaknesses as a comedian? Oh boy, if everyone was conscious of this comedians would get better, faster. We talk about ways to figure that out, including a handy worksheet tool I have that you can request.

What groups like Toast Masters are there available to people who want to get extra stage time or story-telling experience? We go into a few different ways you can work on material off stage. We also talk about avoiding bad habits or thinking something was useful when it wasn’t.

What do you do when you have a joke that isn’t like the rest of the act? What to do when you have one joke that is like a unicorn and it gets a huge reaction, and the rest of your act isn’t like that? Sometimes stumbling upon a huge laugh can be a blessing and a curse. Where do you put that joke? Upfront it can win the audience over but it sets an expectation that won’t be met. At the end of the show, it is a great surprise but maybe you lost the crowd twenty minutes ago and no one is listening anyway. We get into this further on the podcast. 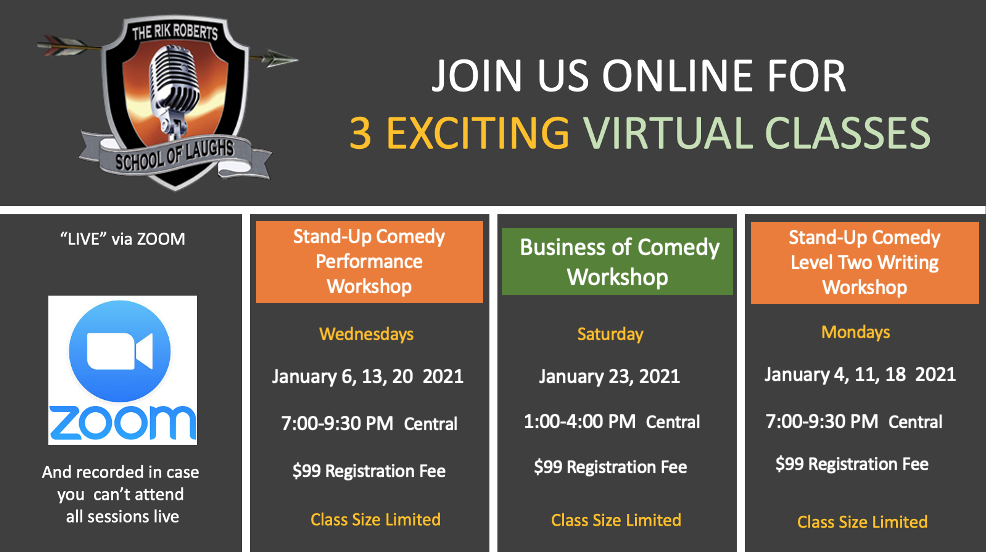