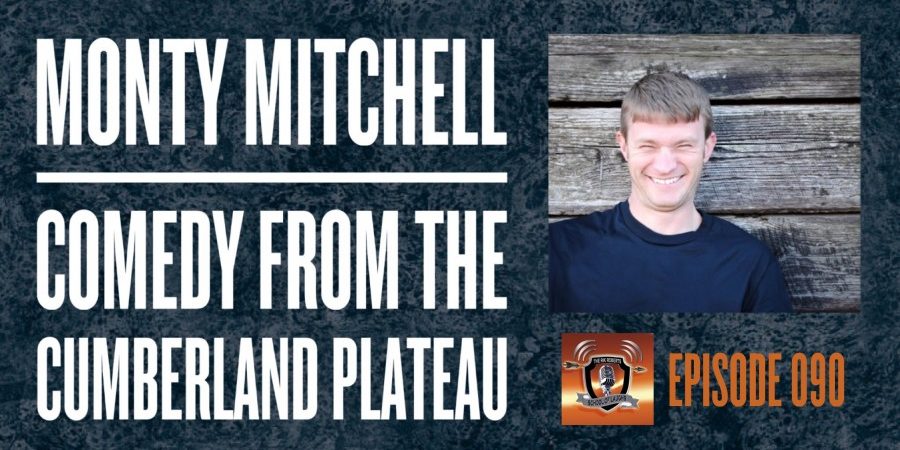 Have you ever driven 6 hours (one way) to an open mic for a quick 5 minute set and then headed home as the sun was coming up? Do you chip away at your vacation benefits one hour a a time so you can pursue your calling? Monty Mitchell has!

Monty stops at nothing to get more time on stage and more opportunities to hug his fans. I met Monty in 2008 when he took my Stand-Up Comedy Class in Nashville. The shy, quiet guy in the back is now the confident, fun fella on stages everywhere.

Today, Monty stops by to discuss where he is at in his career. We talk about the ups and downs of being a comedian, including …

Monty can take funeral visits, drive-throughs, or a police officer’s traffic stop and make them stories you will never ever forget. By the time you get to the end of his show, you’ve heard (maybe more than you planned to) about his life, family and cat. Monty Mitchell has been held hostage in the corporate world for years, and the comedy stage has been calling for him to perform. So perform he has across the nation, in bars, colleges, and on-stage. Monty’s unabashed enthusiasm and comedic style turns any event (and open-minded crowd) into a great night of comedy.

Click below to learn a lot more about Monty Mitchell:

If you enjoyed listening to this episode, you may enjoy these others that featured former School Of Laughs students: