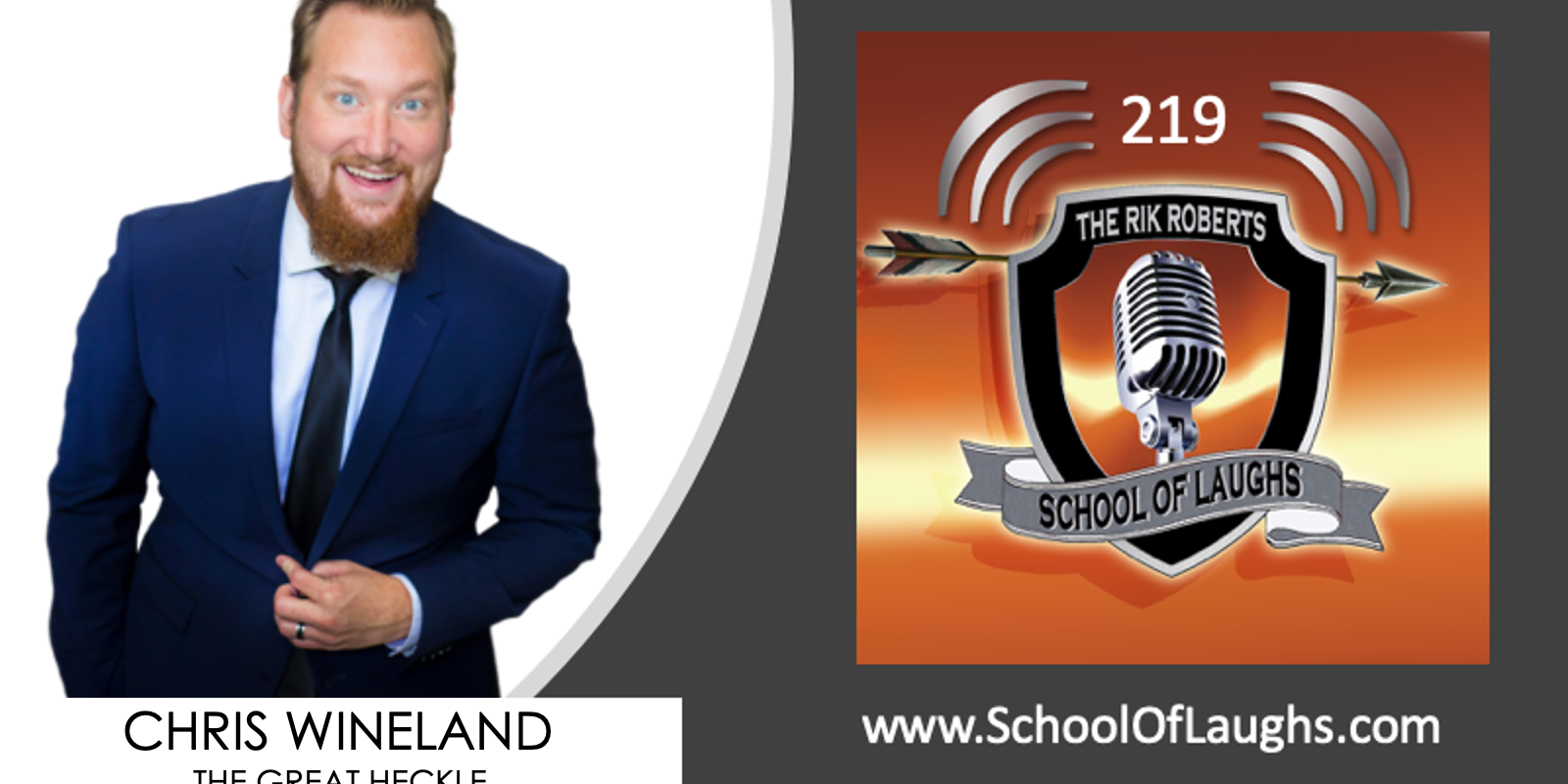 Today I talk with Chris Wineland, the author of “The Great Heckle.” Chris popped on my radar when her performed on the Huckabee show in Nashville. He’s a busy guy. He has written for Emmy Nominated “Late Night with Jimmy Fallon.” Pursuing his love of late night comedy, Chris co-created the acclaimed Christian late night show “Next Week with Jeff Durbin.” Most recently, Chris can be heard on the #1 weekend radio show to 6 million listeners on “The Kim Komando Show.”

We cover more than just the book in the interview, way more.

Specifically we talk about:

“Just start. Just start doing comedy, whether it’s on social media, or whatever, and don’t, don’t wait for somebody to book you. Like, literally just do it. My first year I did 200 shows. And it was not a lot. We’re at clubs, because only one club, you know, is in Niles, Ohio. There was only one club, they would only let me up on a Wednesday because I was brand new. So I went to Taco Bell, I started performing at Taco Bell’s. And I just walk in and say, Hey, can I perform here and, you know, everybody at Taco Bell, like, they’re high? And so they’re like, yeah, okay, great. You know, I would just do this stand up. And so my biggest thing is like, don’t you don’t have to comedy really doesn’t have rules. So don’t follow the rules already. Just start performing everywhere, anywhere.

And my biggest recommendation, if you’re brand new, is focus on social media because we’re not at the peak yet. We still have a couple more years before we hit a peak, where it’s like, everybody’s gonna say why I really wish that I went on, you know, on social media, but until the major companies stop spending ad money on television and they start only spending it on social media, until that happens, you have a chance to become a huge social media star. So just focus on that, and perform everywhere. That would be my long winded advice, sir.”

Want a free copy of his book? Be one of the first three people to shoot an email to schooloflaughs@gmail.com and put “Chris Wineland’s book” in the subject line.

In this groundbreaking recounting of the gospel story, comedian and author Chris Wineland combines the pop culture of today’s world with the historical evidence of Jesus Christ. Using elements from every great comedian, Chris likens the core of a performer to that of Jesus in a simple declaration: Jesus is the greatest Performer to ever live.

As influential as comedians like Lenny Bruce, George Carlin and Richard Pryor remain in the comedy world to this day, Jesus’ influence has transcended through time much longer and further. Jesus was the greatest story teller, truth-seeker, improvisor, and system disrupter that this world has ever seen. Taking a step back from the culture of today’s church, this book abandons the church lingo and re-discovers the truth of Jesus’ life in a way that helps anyone relate, especially comedians and performers.

Whether you have no knowledge about God at all, or you used to attend church, this book lays out the foundation of the creative gospel of Jesus Christ.