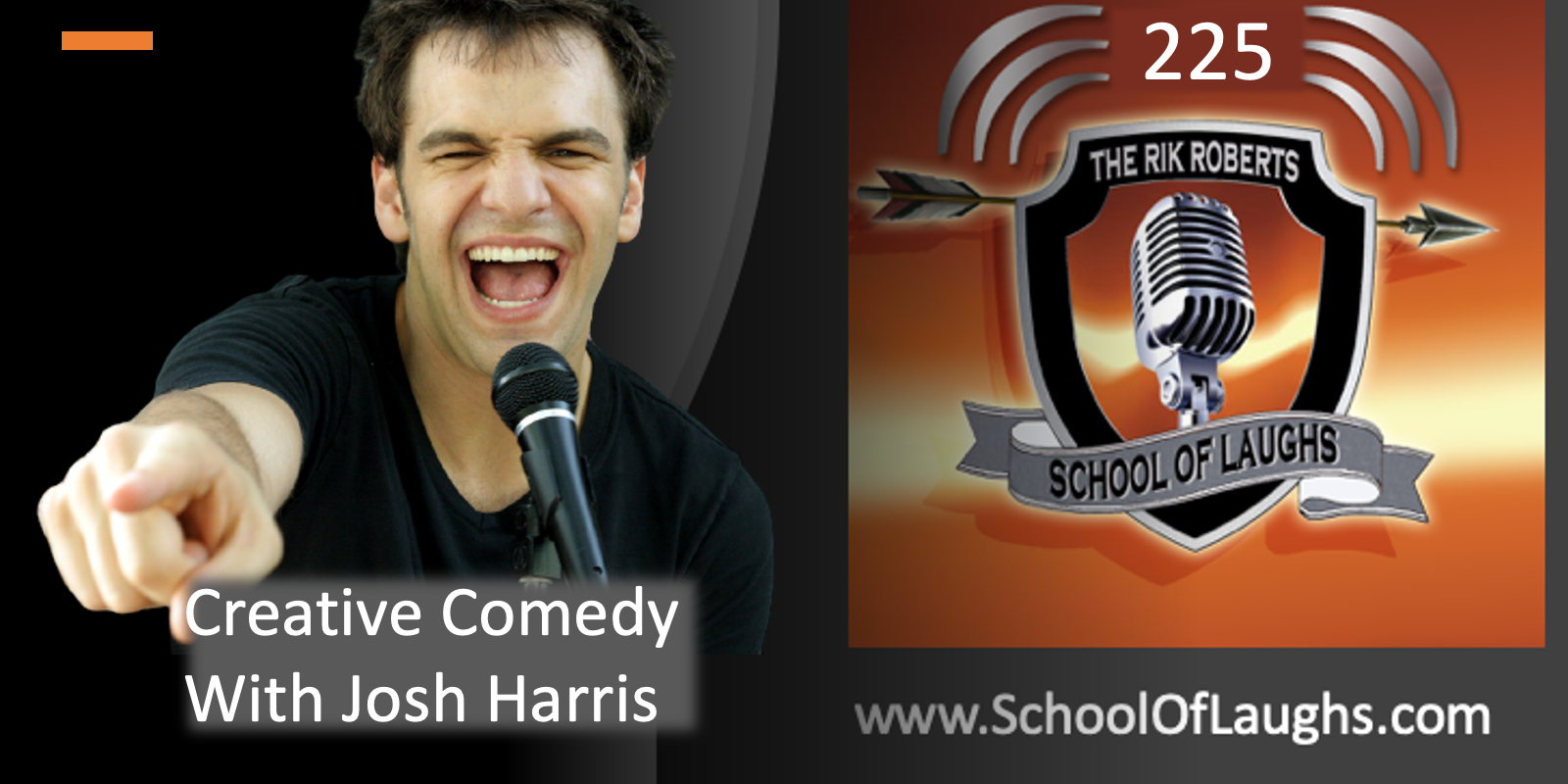 Learn how to generate creative comedy with Josh Harris. Josh is a talented, creative stand-up comedian. He expresses his vision through music, video, and sketch comedy. Josh provides a great example of how stand-up can evolve off-stage. His high energy performances are more like a one-man show in quality. With over 10 million views of his hilarious sketches online, he can definitely offer some insight for you.

Today we talk about a variety of ideas, specifically:

Josh was a semi-finalist on Bill Bellamy’s Who’s Got Jokes. In 2009 he competed in the finals of Stand Up for Diversity.

He performed a nationally televised comedy set for Bounce TV’s “Off The Chain”. He has also appeared on TBN, The cartoon network, and the History channel. His 2015 musical comedy album “I’m Here You’re Welcome hit #3 on the iTunes comedy charts.

In 2015 he released his debut musical comedy album “I’m Here You’re Welcome.” It hit #3 on the iTunes comedy charts.

If you are booking a 12 step event, reach out today to set up a hilarious evening of recovery comedy your crowd will remember forever!

Josh gives all the credit to his Lord and Savior Jesus Christ, the source of his peace, joy, and many blessings.