THE ONION UNPEELED – WITH SCOTT DIKKERS [226] 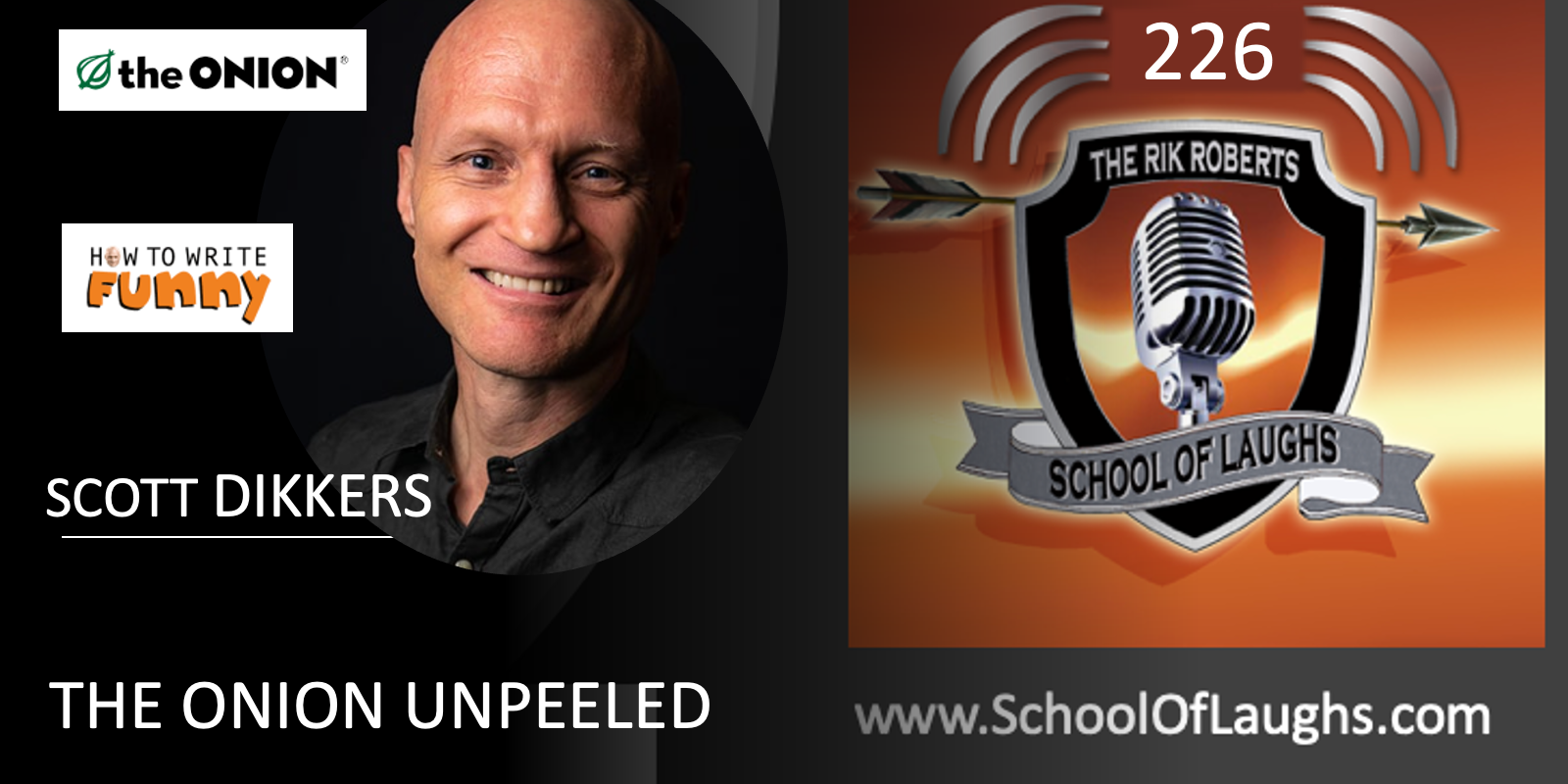 In this episode, I get to discuss the history of The Onion with founding member Scott Dikkers. Dikkers helped found the original Onion newspaper. He’s served as The Onion’s owner and editor-in-chief, on and off, for much of the last quarter-century. In 1996 Scott founded the website, TheOnion.com .

In the mid-2000s, Scott headed up the creation of “The Onion News Network” web series, serving as a director and executive producer. The series gave rise to many viral videos and a TV series on IFC. The web shorts won a Peabody Award in 2008.

Scott led The Onion’s rise from a small, unknown college humor publication to an internationally respected comedy brand. He gathered a talented team of writers and editors over the years, working with them to develop The Onion’s culture of creative freedom and brutal honesty, its distinct comic voice, and its reliable process for generating award-winning satire, day after day.

In this episode, we discuss the evolution of the Onion and quite a bit more.

Today we talk about a variety of ideas, specifically:

“Nothing inspires me more than when I see something that’s not good.”

“One of the highest compliments we can pay to a bit, or a joke or whatever is, oh, that’s so stupid.”

“Early on, I would take anybody, anybody who came in and showed some eagerness to do it like that was the commodity. The commodity wasn’t the writing talent. The commodity is “who’s willing to step forward and say, I will try it, I will do it?”

On people wanting to write for The Onion

“I don’t understand why all these people submitting to The Onion don’t just start their own publication.”

On getting started in comedy writing:

“It’s such a slow, gradual process of starting to do something new and learning a new skill which writing comedy is. It can be tricky for people to get started and see any progress because most people are terrible at it when they start any new skill and comedy writing is no different.”

“if you don’t love it, you’ll never succeed at it because you need that love to propel you through those early years when you’re stuck.”

Where can I find info on Scott Dikkers and his comedy classes?