How to Emcee a Comedy Show 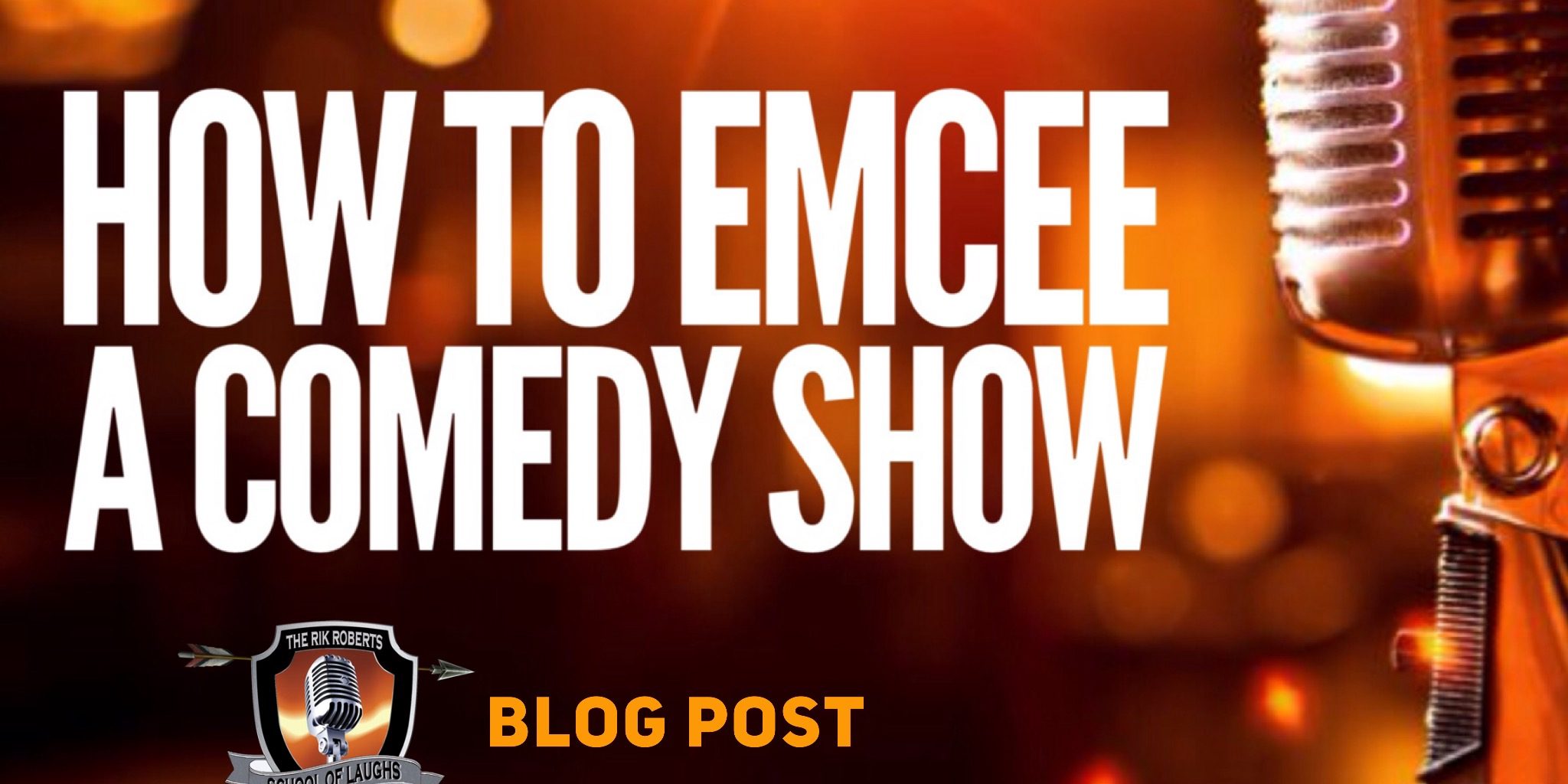 Performing stand-up comedy is one of the most exhilarating jobs on the planet. However, the job of the emcee (or host, or as they say across the pond “compere”) is often overlooked. I am here to tell you that having a great host can make a bad show good, and a good show great.

The emcee’s job goes much deeper than simply being the first act up and telling jokes. In reality, those are the bare minimum requirements. Just about anyone can pull that off. As an emcee, your goal should go far beyond starting a show. We know from the last podcast that there is a type of DNA that great comedians have in common. Lets now take a look at what makes an incredible host.

WELCOME TO THE CIRCUS

Think of the emcee spot much like a circus Ringmaster. The Ringmaster is entertaining, informative and holds the show together. You are the face of the show. As the guests enter the big top, you establish some boundaries (don’t poke the tiger). Encourage interaction (let’s hear it for these incredible performers). And pick up the slack when transitioning from one act to another (ignore that huge pile of elephant dung).

The show could run without you, but it would be sloppy. The elephants and the tigers may cross paths and destroy each other. The other acts could perform without you, but they benefit from your introductions and authority. The emcee is the difference between just a night of comedy and an evening of entertainment.

The beginning of a comedy show is pretty abrupt. Crowd members go from talking and interacting with each other to being told to settle down and get ready for the show. When the emcee is announced, the lights come on and it’s “go time.”

A great emcee is able to unite a group of strangers into one cohesive audience. An emcee doesn’t have to be over the top, but they should have energy, enthusiasm and instill confidence in the audience. Again, just like the ringmaster builds suspense and enthusiasm, an emcee makes the show build to a finale.

One approach I like to take is to make the crowd feel like they made a great decision to be there. Erase all doubt and establish that they are in for something special.

It’s as easy as saying,

“Welcome to The IMPROV. You all have made an incredibly smart decision to be here TONIGHT. We are going to have a GREAT time.”

“Welcome to the show, tonight we have a very special line up of some of the most talented and hilarious comedians working today.”

Sometimes I would tell the audience they were the “twenty-third consecutive sold out show” at the club. Club managers liked that one, even if it wasn’t always true.

By uniting and exciting the crowd, the emcee has created an environment for success. The emcee has not done their job if they hand off the microphone to the feature act or next performer before the crowd is fully engaged.

If at all possible (and all of this is possible) memorize the announcements and introductions. By doing so, you show a level of control and comfort on stage. You can get away with reading them. But if you choose to do so, please make them sound fresh and have some fun with them.

Who would you have more confidence in? An airline pilot who welcomes you on a plane with a confident “hello, it’s a great day for flying.” Or one who is reading from a note, “Hello passenger. I believe we will have a great day to fly.”

Once the show begins, the emcees job is to keep the evening flowing. A good emcee is in the showroom watching. It can be hard to do in a packed house, I know. But I’m talking about best-case scenario. As the host you should be attending the party. Not in the green room watching the football game waiting for it to be over.

If the feature act did a lot of crowd work, the audience may feel invited and entitled to yell out during the show. If the headliner doesn’t do any crowd work, you should remind the audience to “hold table conversations down to a minimum”.

In short, you want to draw all the focus back to the stage. Establish that the performer is in control.

IT’S THE LITTLE THINGS THAT MATTER

Disney amusement parks spend a lot of time managing the tiny details of their operations. From the length of their employees hair to the color schemes in their landscaping – every little thing counts. Same goes for a great emcee. Do the little things and they will all add up to a great experience for the audience and club alike:

During the course of the show you should remind the audience to “tip the wait staff”.

Don’t do extended bits between comics if the show is rolling along smoothly. Do add a few jokes if the crowd has become   non-responsive due to one of the acts performing below par.

On a multiple show night, remind the first audience that “we have another group of folks coming in for the next show, so please be considerate and allow us enough time to clean up and reset the room so they can have an exceptional experience just like you did.” That sounds a lot better than, “get out of here we need to make more money off the next bunch.”

Also, on a multiple show night, ask the staff if there is anything you can do to help out – especially if you are a new comic. This could be a great way to show you are a team player. If there isn’t, be sure to get out of the way and let the staff do their job.

As the audience leaves, be available near the exit and send them off. Tell them “thanks” for spending their evening with you and the club.

Why do all these extra things? There are many events that require an emcee. Outside of the comedy club there are events such as fundraisers, silent auctions, awards banquets – I once even emceed a “Tough Mudder” competition. In small markets there are very few people that have the skills to pull this off.

Become known as the “go-to” person for these spots. In larger markets, there are dozens to hundreds of opportunities every week to host an event. Get good at this skill and you will have more work than you can handle.

HOW FUNNY SHOULD AN EMCEE BE?

Should you be funny? Yes, you absolutely want to get some laughs. The emcee has an incredible opportunity to be the face of the show. Even though the show should not be all about you, you can become the link between the crowd and the performers.

The key is to remember that your job is TO MAKE THE ENTIRE SHOW GREAT. If that means you pass up a few more risqué or edgy jokes so the show can get off to a great start, then do it. You’ll have plenty of opportunities to do those jokes when you have an awesome opener when you are headlining.

Recently, Chop Sobel reminded me of a great phrase that helps put things in perspective. “The Feature and Headliner work for the crowd. The emcee works for the club.”

Best wishes and have great gigs! 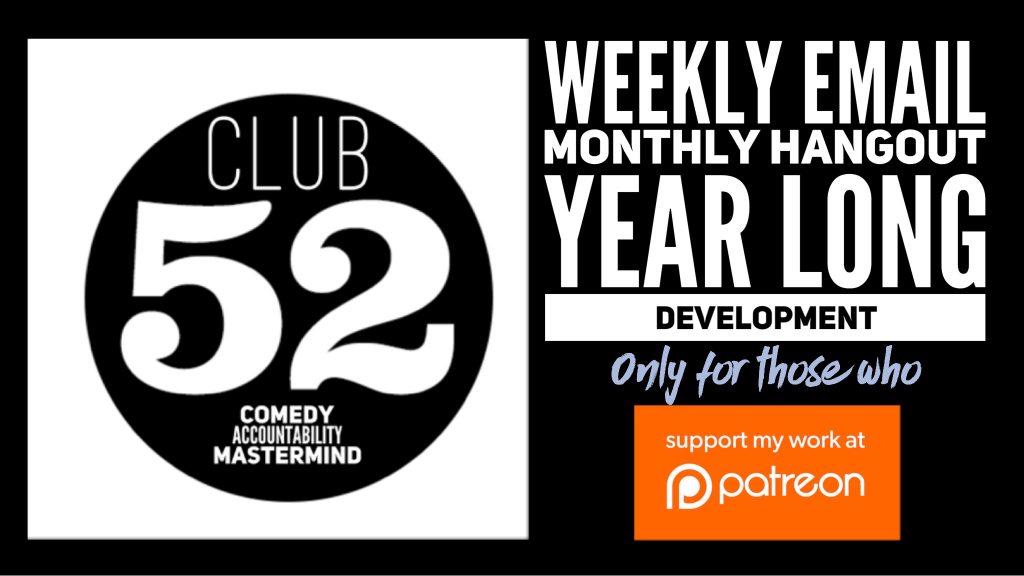