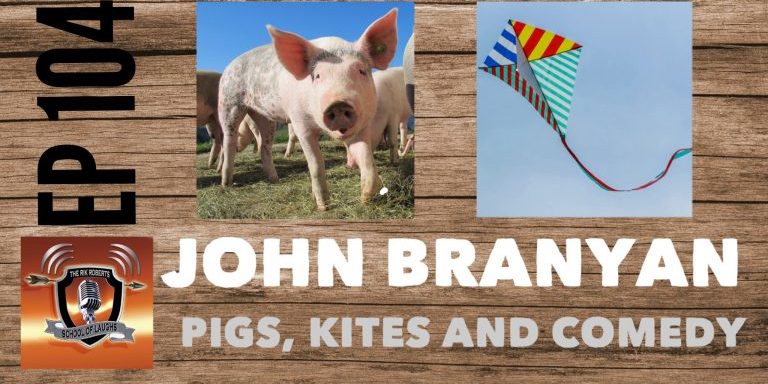 This episode is brought to you by Patreon sponsor Ray Price!

Today I catch up with comedian, writer, blogger and illustrator John Branyan. John started comedy in 1990. He just wanted to go to a club and try it and move on. Kind of an early bucket list goal. However, the set went better than expected. With some encouragement he went back again and again. Before he knew it he was part of the local scene in Indianapolis.

We talk about a lot of things, specifically we cover:

John Branyan will be back in a future episode where we brainstorm a coupe of comedy ideas and then take them to the stage.

This podcast is a production of SchoolOfLaughs.com with support from listeners like Ray Price through Patreon.