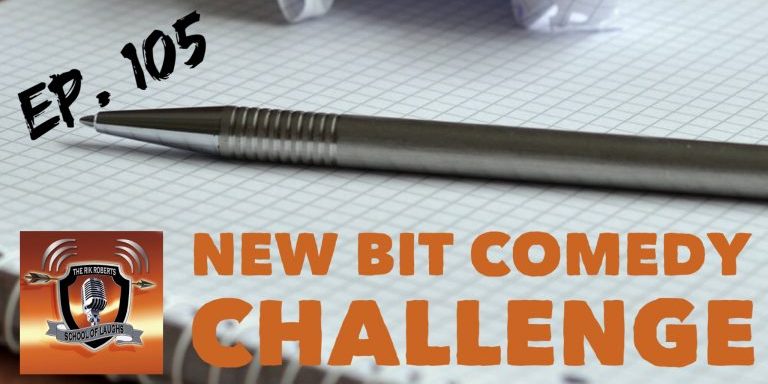 Last week you met John Branyan. He is the comic with an affinity for Shakespeare and the Three Little Pigs. After I hung up, I thought about a comedy challenge. John and I were both headed to the same conference that weekend (Christian Comedy Association). We were both slated to perform at the same showcase. This was a perfect chance to force myself to get some new material out of the notebook and onto the stage.

So I called back and issued the challenge. At first, I thought we would just hold each other accountable to do the bits. Then, I upped the ante and told him we would record the show and play back the bits on a future podcast. The new bit comedy challenge was on!

Today John offers up a decent size chunk of political humor. He has a method for writing jokes about ANYTHING. And since he hates political humor, he forced himself to use this system to write 5-6 jokes about the current presidential candidates.

On my end, I suggest a few jokes about planning a family vacation. Initially, a few observations about getting the funds together for the trip. Then the hotel stay. And eventually the trip to Sea World Orlando.

We are both happy with the potential of the bits. Since it is untested territory, we won’t know until next week how it all shakes out! Let me know if you like this episode. If so, the new bit comedy challenge may become a regular feature.

If you enjoy this podcast, please consider supporting us through a monthly pledge. Below are a variety of levels and bonuses for keeping the show going. 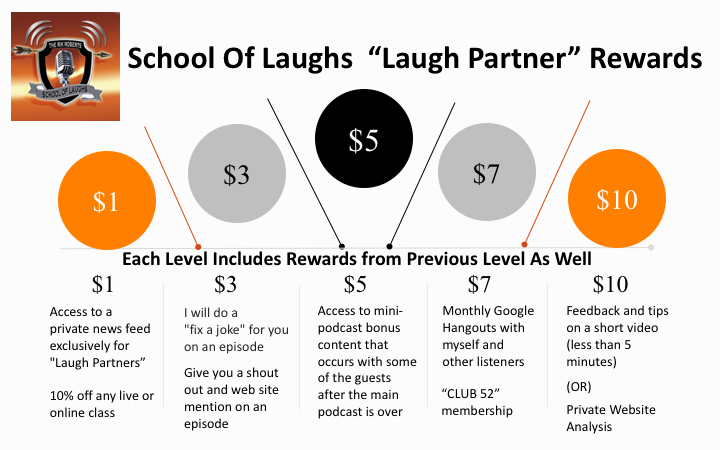