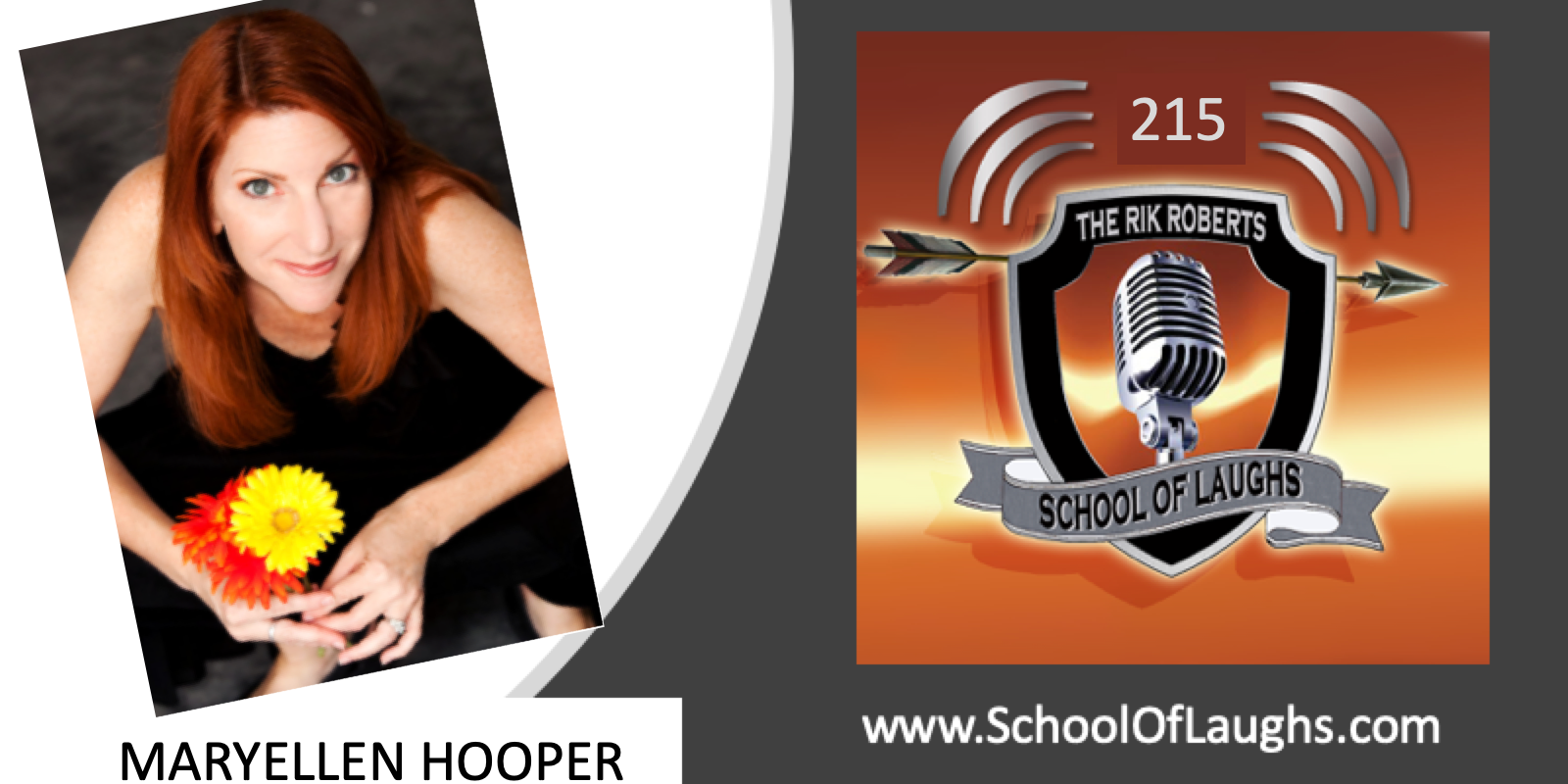 MARYELLEN HOOPER joins us today on the School of Laughs podcast. A veteran in the world of stand-up, Maryellen Hooper’s comedy has taken her from clubs and colleges to theaters and television. She’s appeared on many late night talk shows including several appearances on “The Tonight Show” with Jay Leno. Her half-hour special on Comedy Central called “Lounge Lizards” received rave reviews and was played on heavy rotation. In 1998, the comedy industry awarded Maryellen “Funniest Female Stand-Up Comic” at the American Comedy Awards. Recently, the Walt Disney Company has asked Maryellen to perform on all four of its beautiful cruise ships.

With the recent postponement of large gatherings during the COVID-19 pandemic, Maryellen has to adjust like all other comedians. The good news for us – she has time to join the podcast!

We cover a lot in this episode, including …

To learn more about Mary Ellen Hooper check out her website.

For the length of the COVID-19 Pandemic you can get 20% off the Silver Edition of the online comedy writing class. Click the link below and use coupon code Save20Silver at checkout.

I started studying comedy. There’s different types of comedy. And it really helped me figure out who I was. So you have to figure out what your sense of humor is, and you have to do that. So you carry around a notebook with you for a couple of weeks. And anytime you laugh out loud, you write that down in your little book, and at the end of two weeks, you look and you’re gonna see what your sense of humor is. So it’s either gonna be physical is political, observational storytelling. Mine is stories about people being in what I call “dignity under duress”. Which is me being in embarrassing situations. That’s why like Brian Regan and you know all the physical storytellers. Because that’s what makes me laugh.

So it’s figuring out what your sense of humor is, what your style is what you think is funny, and it helps you write so much. Because, like, I’m not going to write a political joke because that’s not what makes me laugh. That’s not what I am. So it helps you to write. To know that I’m looking for situations where I’ve gotten myself into trouble and try to get out of them. So if you’re a Jerry Seinfeld, you’re looking at the world and figuring out what’s crazy about it. So that’s going to help you write that, you know, so that that was the thing that helped me the most.