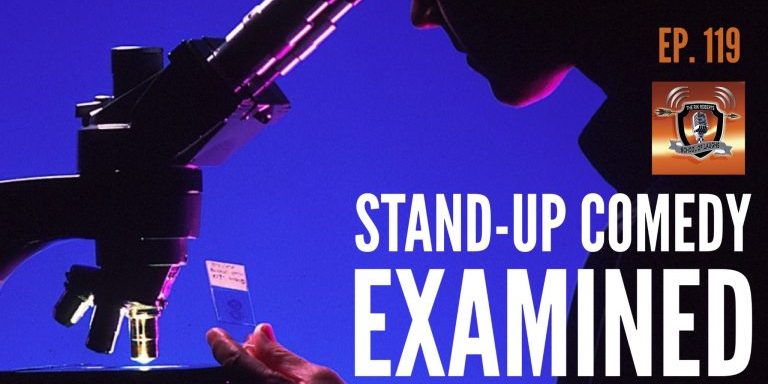 It’s time to analyze stand-up comedy! Today we dig knee deep into how to turn a funny thought into a full blown comedy bit. I am interviewed by Rick Altizer on his radio show which airs here in Nashville Saturday mornings at 9:30 on 106.3 FM. Rick is a songwriter, recording artist, music producer, film director and all around phenomenal talent. He produced the feature film Chonda Pierce – Laughing In The Dark and is working on her next movie as we speak.

This episode is brought to you by Patreon sponsor Al Smith.

He picks my brain on how to write stand-up comedy and what makes comedians tick.  Specifically we talk about:

And so much more …

The Rick Altizer Show is a weekly 30-minute program that interviews Nashville artists, directors, song writers and industry leaders. Host Rick Altizer is himself part of the entertainment industry—as a songwriter, recording artist, music producer and film director. This program focuses on how the truth of the Gospel is communicated through the entertainment medium in today’s culture.