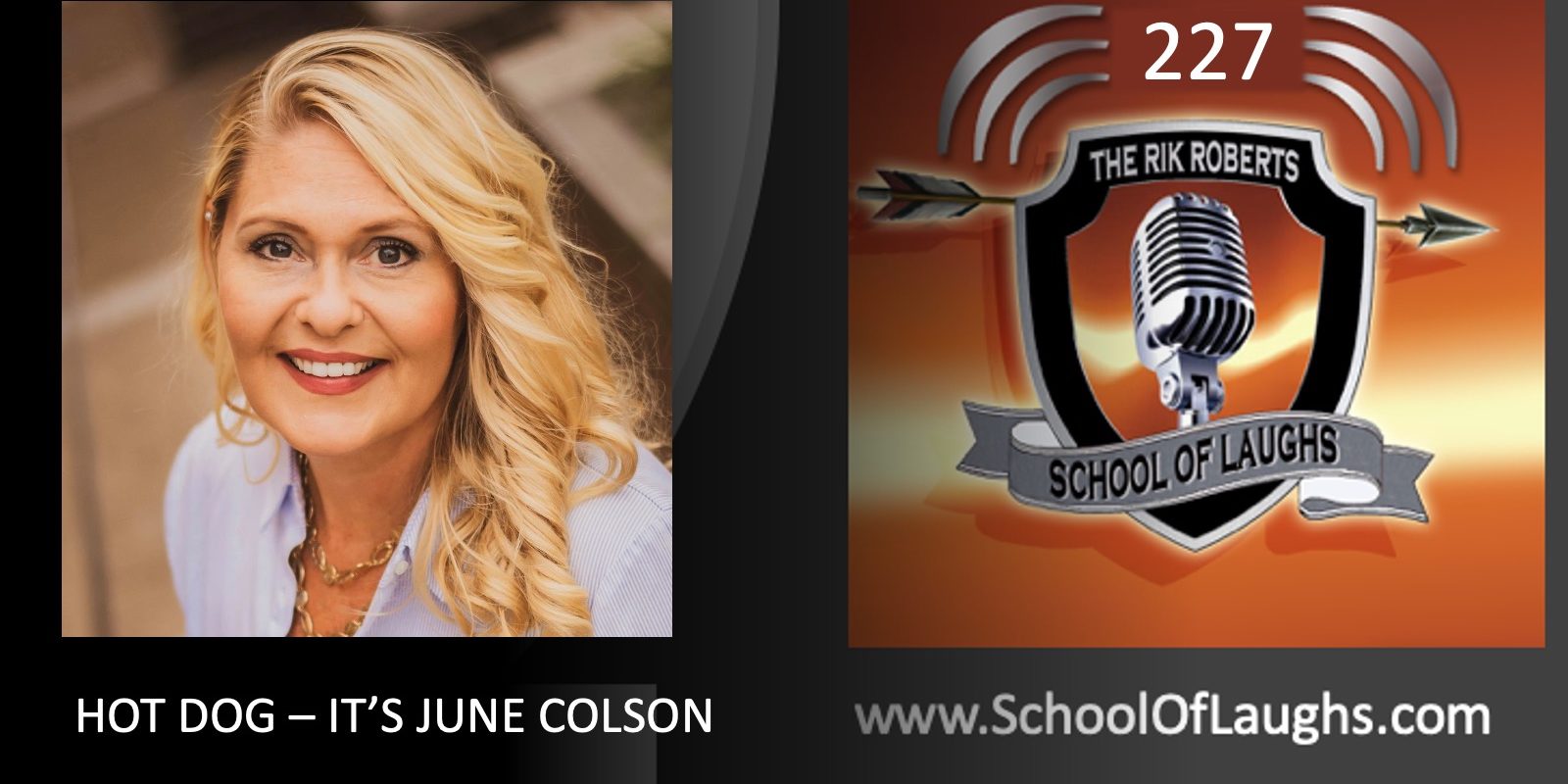 In this episode, I get to catch up with a former student, June Colson.

I met June in 2017 at the Christian Comedy Association annual conference. She was eager to learn comedy but still wasn’t sure if she was in the right place. After meeting some fellow comedians with similar interests she decided to give it a go. Lucky for us. If she hadn’t, we wouldn’t know about all the crazy characters in her life. June crafts great stories featuring her family members – especially “Hot Dog”.

June was born in Indiana and now resides in Bowling Green, Kentucky. In 2020, she took first place in the Nashville Clean Comedy Challenge. The annual competition put together by Leslie Norris Townsend

Her faith in Christ has a huge influence on the cleanliness of her performance and her calling into Christian Comedy.

In this episode, we discuss

Today we talk about a variety of things, specifically:

Learn more about June Colson at: